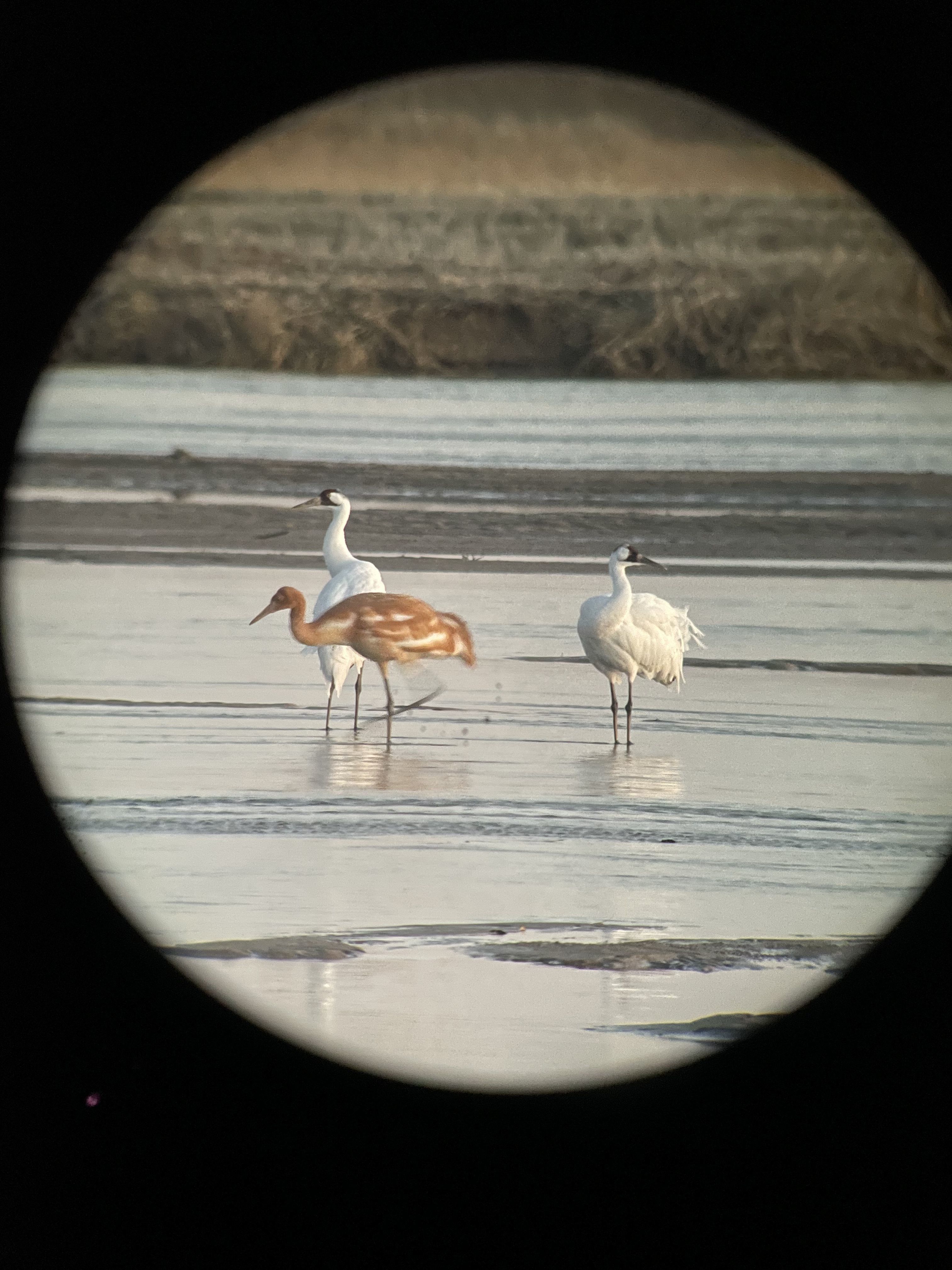 Did you know after more than a century of habitat loss and continuous hunting the migratory Whooping Crane population was thought to be extinct? However, in 1941 15 Whooping Cranes were discovered in a wetland within the Wood Buffalo National Park in northern Alberta, Canada. These 15 migrants and an additional 6 non-migratory individuals in Louisiana made up the last two populations of Whooping Cranes. The migratory population, known as the Aransas-Wood Buffalo flock, has slowly increased over the last few decades as well and has now surpassed 500 individuals! The increase in numbers is the result of intensive conservation efforts brought forth by state, federal, non-profit, and private organizations over the last 80 years. Nevertheless, environmental and anthropogenic factors, such as continuous loss of habitat, altered wetland conditions, climate change, and collisions with power lines, have complicated population recovery.

To learn more about the ecology of Whooping Cranes and how the Crane Trust manages the habitat that Whooping Cranes utilize, visit this link: https://linktr.ee/cranetrustwhoopingcrane