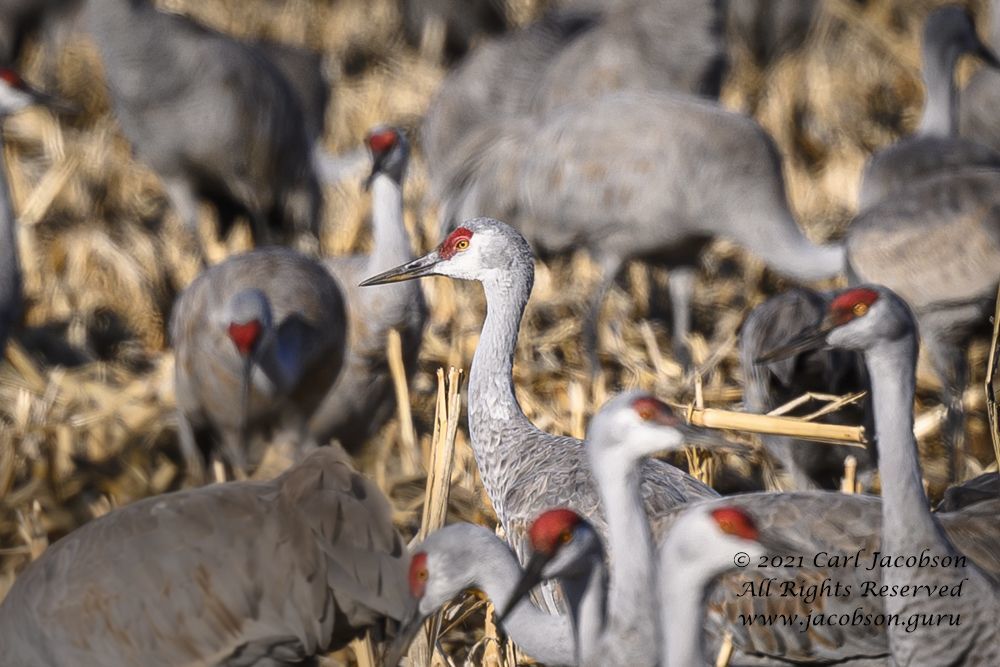 Sandhill Cranes tend to arrive in the CPRV in detectable numbers by mid-February. However, we had many winter detections despite periodically below average temperatures and above average snowfall in late 2020 and early 2021. From ground counts on February 3rd 2021 we estimated ~2,750 Sandhill Cranes were roosting on the Platte River at two separate locations within 3 miles of each other (survey segments 3 and 4, respectively). Similarly, we documented ~2,500 Sandhill Cranes on 7 January, ~1,300 on 11 January 2021, and smaller flocks on 18 December 2020 in the same general area.