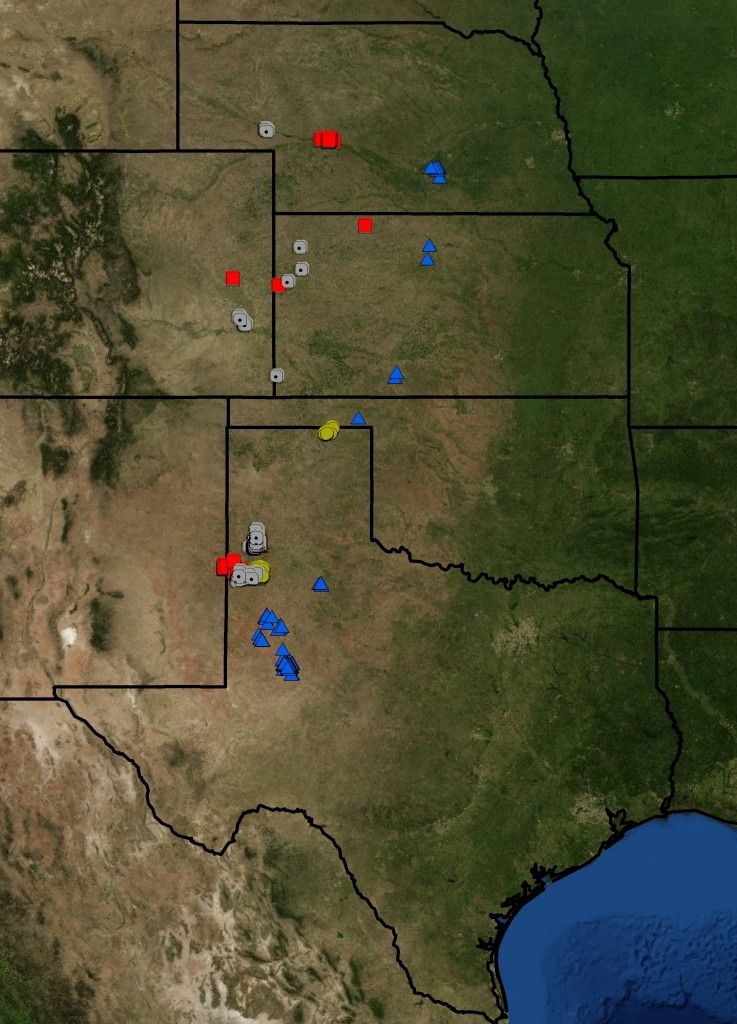 At the end of last week, Slate, Crimson, and Indigo made their way to Nebraska. Although we have seen a large number of cranes migrate to Nebraska earlier than average this year, the four lesser sandhill cranes we are tracking are right on schedule.

Slate and Crimson migrated through eastern Colorado and then cut over through Kansas to make their way up into western Nebraska. Slate has settled west of Lake McConaughy along the North Platte River. Crimson is on the river just west of the city of North Platte, NE, nearly where the crane staged last spring.

Indigo took a different route this spring. Last year Indigo was also west of North Platte but this year the crane is staging on the Platte River west of Wood River and much closer to the Crane Trust. Although the tracking devices we provided for this project were placed at random, It is nice to see that one of the cranes made its way to the region we work so hard to preserve for sandhill cranes and whooping cranes.

Olive is still down in Texas near the Muleshoe National Wildlife Refuge, but the crane didn’t start migrating north until early April last year.

See the first update on these old friends here. We will post updates about how the cranes progress next week.