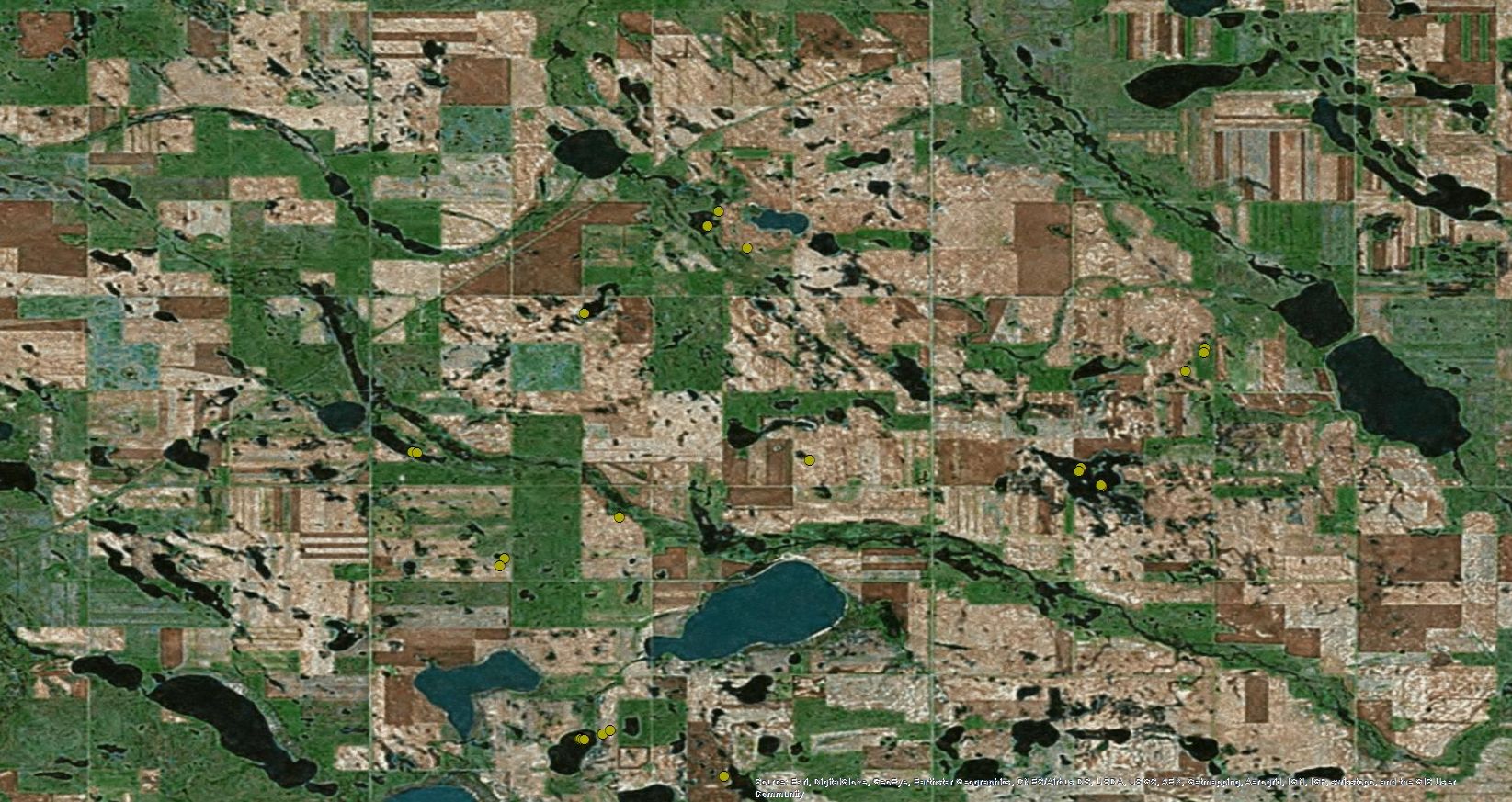 It’s nearly that time for the fall migration of cranes. We left off four months ago with the final update for the spring migration season and tracking our old friends. Everyone had settled into their breeding grounds, passing on from the Crane Trust to begin raising their young. To recap on their final updates from last spring, click here.

Some Whoopers have now started the migration south, but the Sandhills come first! Slate and Indigo have crossed the Bering Strait and are mingling in southern Saskatchewan. Crimson  and Olive have left the Arctic Circle and  began their journey south. Crimson is in Saskatchewan not too far from Slate’s stopover area.

Little Olive who was so lazy with the spring migration has already reached North Dakota and is preparing for the rest of the journey to Texas in a lake-filled region of North Dakota.

The first reports of cranes in Nebraska have come in with eight Sandhill Cranes in Dawes County, Nebraska. Soon our four friends will pass over the Platte and find their wintering areas to the south.

While the cranes don’t stop for long, if at all, in the fall, it’s never too early to start planning your stop at the Crane Trust this spring. While VIP Crane Viewing Experiences are nearly booked up, the public tours won’t begin booking until the first part of 2017. Be sure to follow us on Facebook for the latest updates.