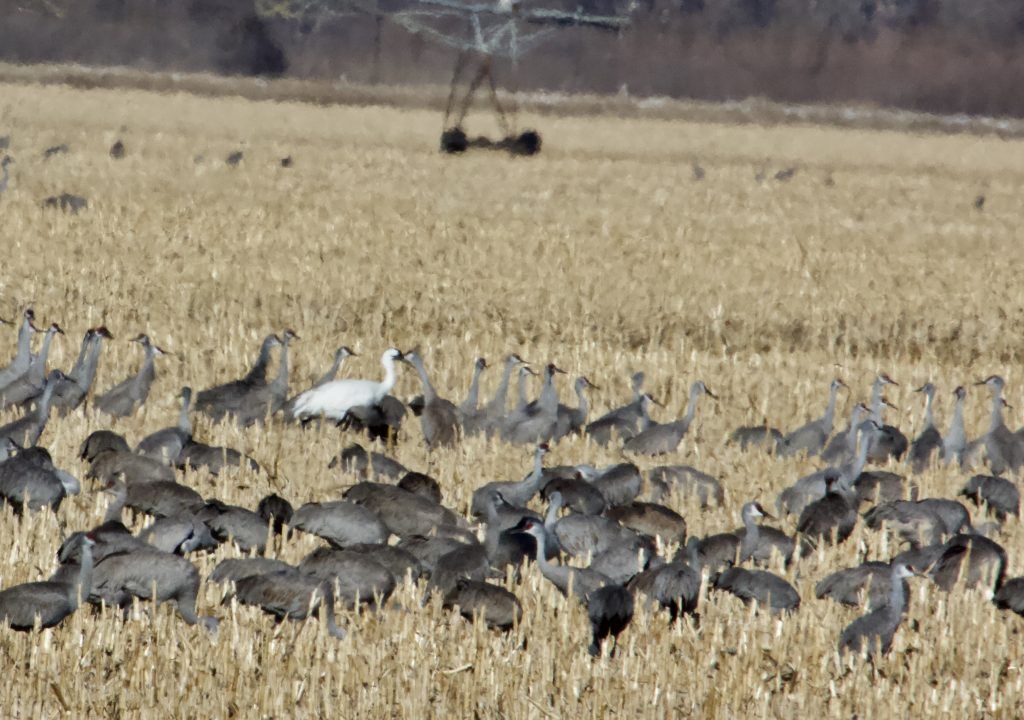 We were delayed due to weather conditions on getting the aerial survey completed until yesterday. However, the generally solid conditions for migration over the last 10 days showed and we nearly multiplied the number of birds on the river by 10 since our last count. We estimated 279,000, +/-46,500, Sandhill Cranes in our count yesterday morning. It appears like the Cranes are leaving the river early in the morning so far this migration.

Also, one of our staff members spotted a Whooping Crane last Friday. Whooping Cranes are incredibly rare, with only one self-sustaining wild and migratory population. The Crane Trust is a part of an integrated effort to monitor Whooping Cranes as they come through the Platte River Valley, Nebraska during their spring and fall migrations between Aransas National Wildlife Refuge, TX, USA and Wood Buffalo National Park, NWT/AB, Canada. The Whooper Watch™ program enlists the public to help in this effort. Read more about Whooper Watch™ here.