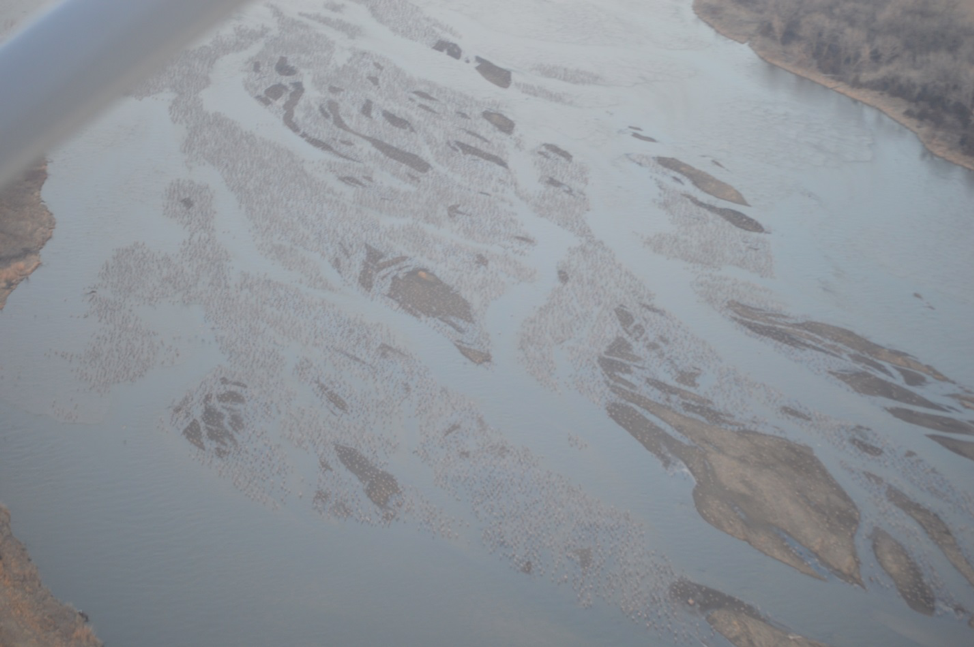 A large count Thursday morning suggests we are near peak numbers of Sandhill Cranes in the Central Platte River Valley (CPRV). Our raw count was 504,000 Sandhill Cranes between Chapman and Overton, Nebraska. However, analysis of our photo –subplots (used to calculate relative and absolute percent errors) suggests that our raw count was about 18% low. Therefore, our photo-corrected estimate is 598,000 +111,000. This represents one of the highest counts recorded in our database (2002-2017) via our survey methods, which always represent a systematic undercount (we don’t survey all locations they could be utilizing). As Pearse et al. (2015) notes, not all Sandhill Cranes are here during the peak count, with some having already passed through and some having yet to come to the CPRV. Sometimes there is only 70% of the midcontinent population in the Platte River Valley during peak. Other times there may be over 90% of the midcontinent Sandhill Crane population in the CPRV.  It is also important to note that a sizeable number (70,000+) of Sandhill Cranes stage in the North Platte area.  One could reasonably surmise from our data that we had a high percentage of the midcontinent population of Sandhill Cranes in the CPRV during our survey on Thursday morning, March 22, 2018.