Reddish Egret Spotted on the Platte 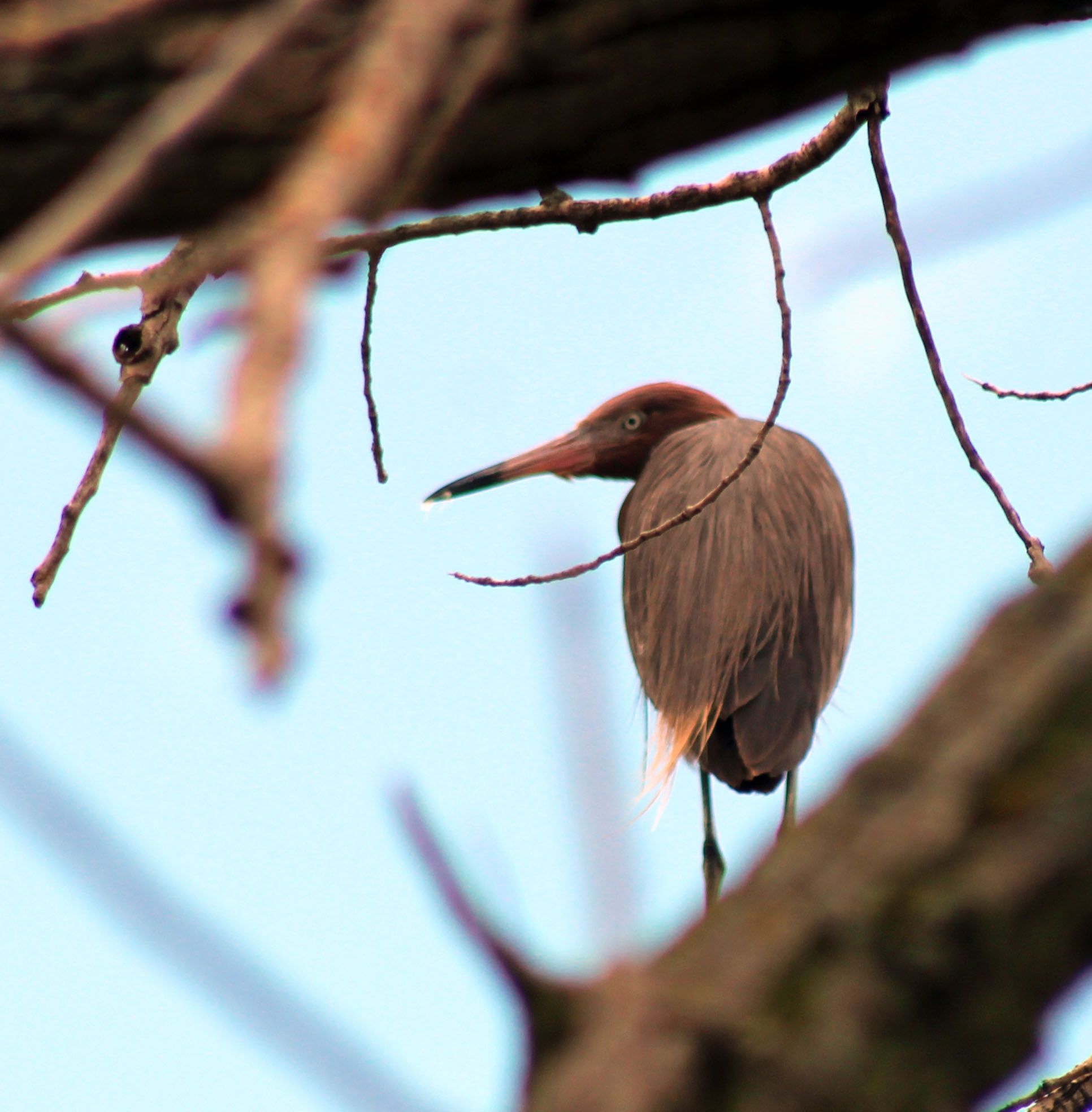 The Crane Trust received a visit from a very surprising and beautiful guest! The Reddish Egret ( Egretta rufescens ) is a species normally found in coastal marshes along the Gulf of Mexico, Caribbean islands and coastlines, and the Pacific Coast of Mexico. It was spotted by Tim Smith, Crane Trust Land Manager.

Some populations are migratory but they are rarely seen far from the coast. To find one a thousand miles away in the Great Plains is an extraordinary occurrence! This species has been documented in Nebraska before, but as far as we know, this is the first record of this species here on the Platte River.

The Reddish Egret is known for its distinctive foraging behavior, which involves active pursuit of aquatic prey by running and jumping – almost dancing! Our visitor, an adult in breeding plumage, appears to be fishing and enjoying the summer weather, but unfortunately is unlikely to find a mate so far outside its normal range. We hope that in time, its migratory instincts will lead it back home!