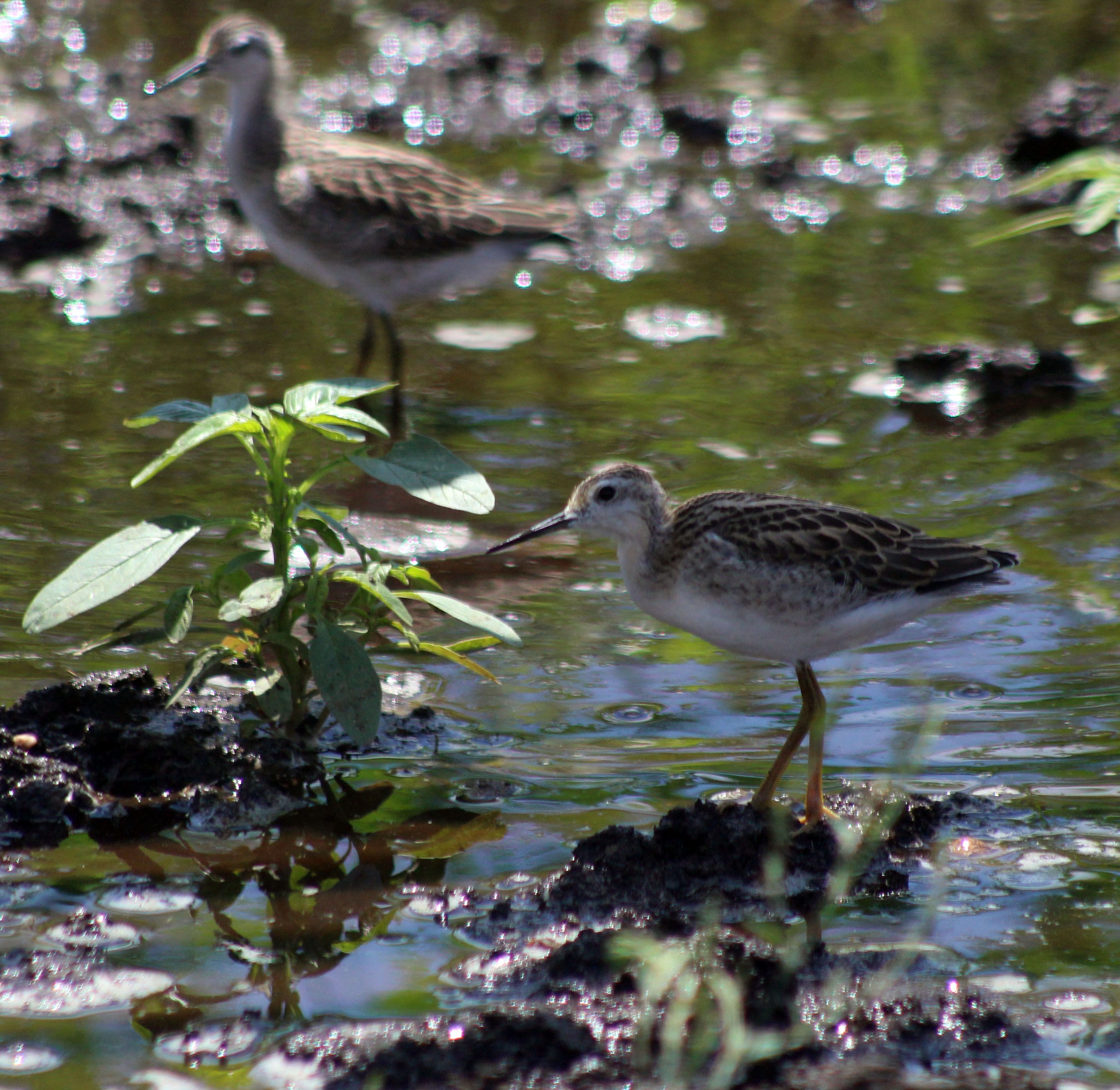 Happy World Shorebirds Day! As part of today’s celebration of shorebirds, we would like to highlight the fantastic and fascinating Wilson’s Phalarope, a highly unusual, gender-bending shorebird that breeds in prairie wetlands, including right here at the Crane Trust! Wilson’s Phalaropes hunt for food mainly by swimming, spinning in circles to create whirlpools that draw aquatic prey to the surface. Like many other shorebirds, they are highly vulnerable to drought and climate change. Draining most natural wetlands for agriculture here in the Rainwater Basin and elsewhere meant that they lost much of their breeding habitat during the past century. So we were surprised and excited last summer when we discovered the first known case of successful breeding of Wilson’s Phalaropes on Crane Trust's Mormon Island, and described this in a scientific article due out in December. Outside the breeding season, Wilson’s Phalaropes are intrepid travelers that have a penchant for hypersaline lakes and high altitudes, migrating thousands of miles annually and wintering as far away as the southernmost tip of South America. We continue to manage and protect habitat for them and other migratory birds at the Crane Trust, and look forward to welcoming them back in the spring!

Wilson's Phalaropes have lost many nesting areas due to draining of prairie wetlands, and a recent national study revealed they are highly vulnerable to drought and climate change. The Crane Trust works continually to conserve prairie wetlands that benefit these and other migratory birds. To support the Crane Trust's work click here.

Shorebirds are some of the world champions of bird migration and are currently moving south through the Central Flyway, where we are. Citizen scientists can take action and participate in the Global Shorebird Count that runs from now through September 11 and report their sightings to ebird.