Fall Migration of the Cranes 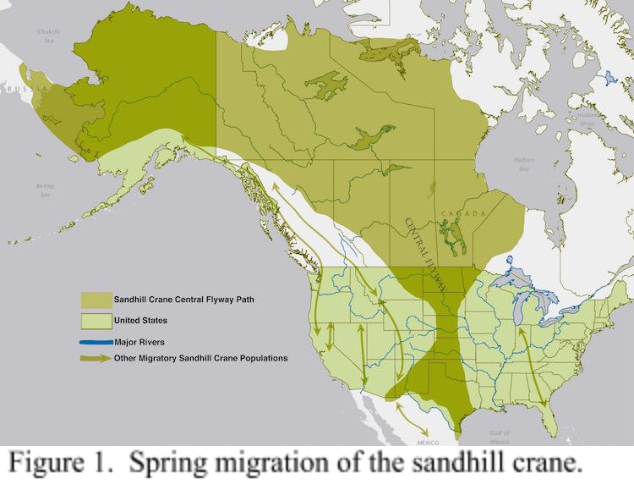 World Migratory Bird Day is celebrated twice a year, once during the spring migration and once during the fall migration. The spring migration date this year (May 12, 2018) was after the sandhill cranes and whooping cranes had left central Nebraska. Therefore, at the Crane Trust Nature and Visitor Center, we have decided to celebrate World Migratory Bird Day on October 13, 2018, as the cranes are beginning their fall migration. In celebration, we will have children’s activities including puzzles, coloring pages, origami cranes, and a game building a food web.

For the endangered whooping crane, the fall migration is from mid-October to early November.  All whooping cranes in the central flyway will migrate through Nebraska during the spring migration (mid-March to mid-April) and the fall migration. They are migrating from their nesting grounds at the Wood Buffalo National Park in Alberta, Canada, to their wintering grounds at the Aransas National Wildlife Refuge in Texas.