The Great American Eclipse: Research and Community in the Great Plains 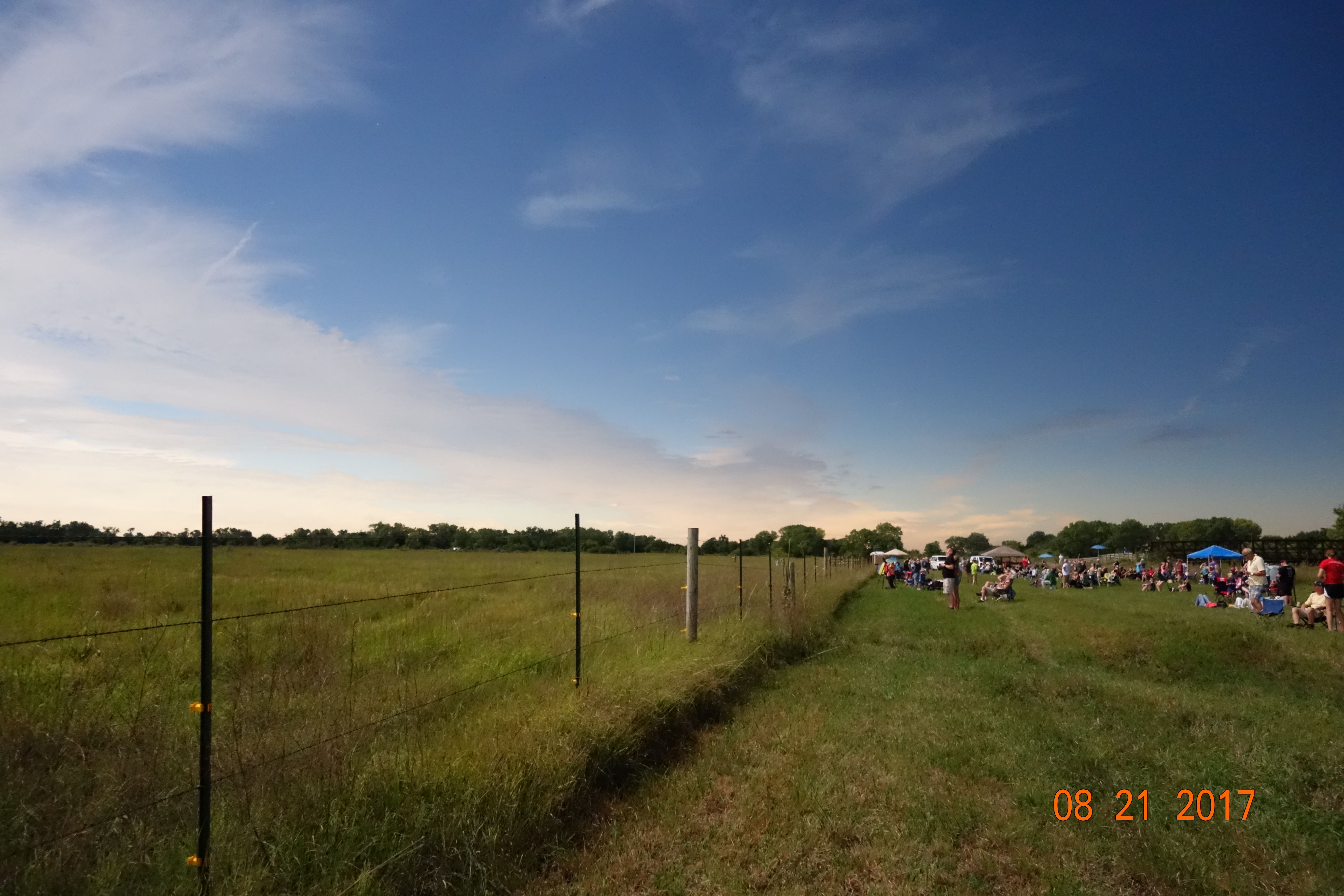 There was much excitement on August 21st, 2017, as the total solar eclipse approached. People gathered in the hundreds at the Crane Trust Nature and Visitor Center to take in the spectacle. However, the spectators were largely unaware of the “behind-the-scenes” efforts taking place to study the eclipse. In the week before Emma M. Brinley Buckley, a Research Associate at the University of Nebraska at Kearney had been installing passive monitoring equipment at strategic locations to assess the responses of flora and fauna to the eclipse. She was assisted in her efforts by Crane Trust Lead Biologist Andrew J. Caven.

The day before the eclipse, the pair had been working up until sunset to ensure all equipment was in proper function and place. Wildlife audio recorders, time-lapse and motion-sensor cameras, environmental data loggers, and other equipment had been installed throughout conservation landscapes in the Central Platte River Valley, at the Crane Trust and Audubon’s Rowe Sanctuary. The solar eclipse provided an opportunity for a natural experiment, to determine how light and other environmental variables such as humidity and wind changed during the eclipse and how (if at all) those changes impacted flora and fauna activity patterns.

We worked with researchers at the Center for Global Soundscapes at Purdue University as well as partners at the University of Nebraska at Kearney and the University of Nebraska-Lincoln to summarize our results. Our research article entitled  “Assessing biological and environmental effects of a total solar eclipse with passive multimodal technologies”, was recently published in the scientific journal Ecological Indicators and the results were articulately summarized in a press release by the University of Nebraska at Kearney. We quantified the changes in temperature, humidity, and light associated with the eclipse and found that various species of insects (cicadas, crickets, and katydids), as well as late season breeding songbirds, augmented their vocalization activity during the eclipse.

Our efforts to create a space for viewing the eclipse as well as to conduct rigorous research on the matter caught the attention of Mike Day, Executive Vice President of the Science Museum of Minnesota, who wrote us a supportive letter he has allowed us to share. We just wanted to thank him and all the other patrons that contribute to our efforts at the Crane Trust to better conserve, understand, and enjoy our amazing and dynamic natural world.