Thirteen Ways of Looking at Cranes 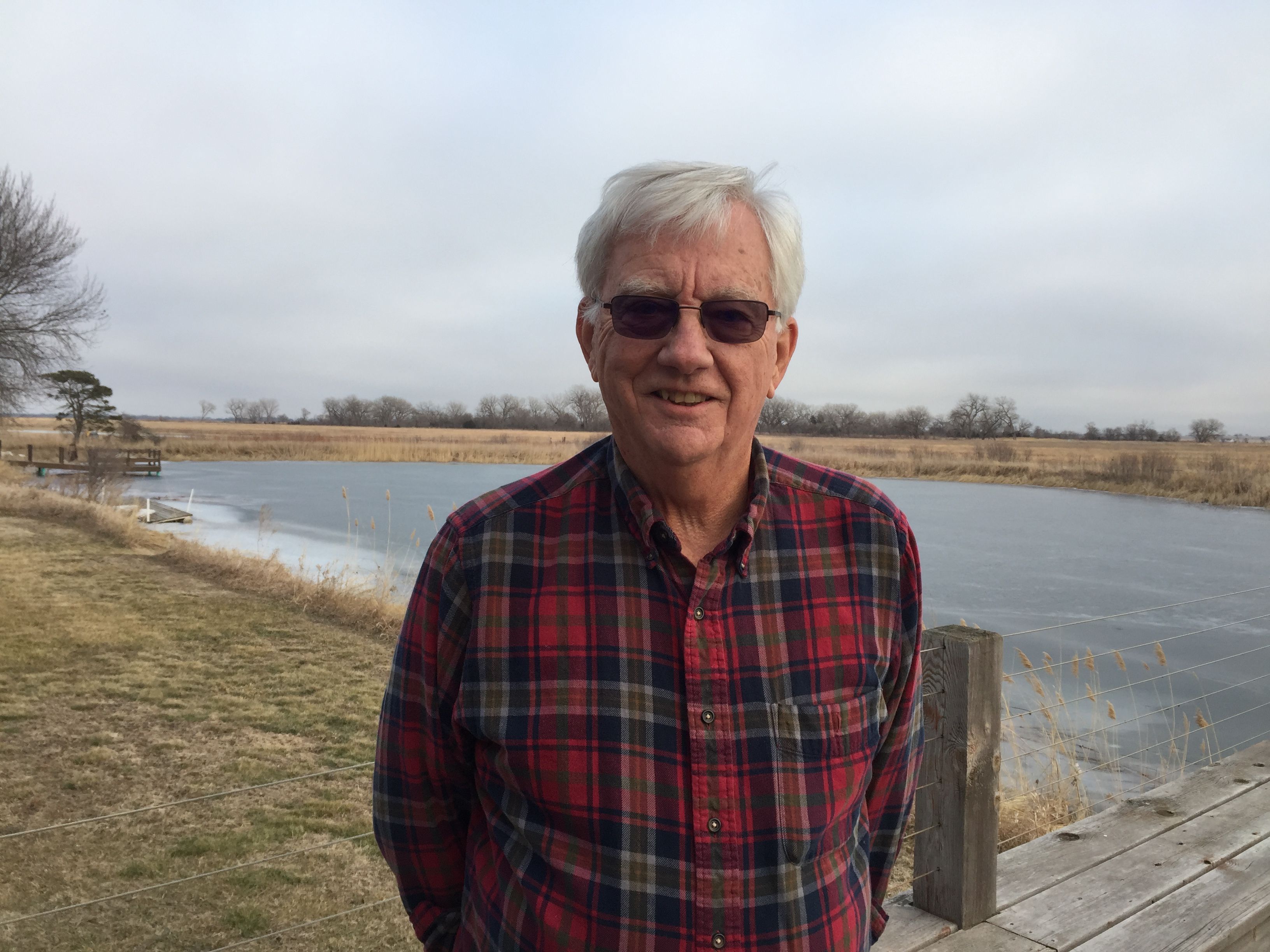 The poet Wallace Stevens wrote of “Thirteen Ways of Looking at a Blackbird,” and Crane Trust tour guide Guy Roggenkamp can tell you at least as many ways of looking at cranes. A lifelong resident of Nebraska’s Platte River Valley, Guy grew up enjoying the outdoors and spent 41 years as a teacher before he started leading crane tours 10 years ago. He uses his skills from the classroom to help draw people out, creating a sense of community for the groups he leads to watch migrating cranes stop over on the river. One evening, Guy recounts, a member of his group asked how birds’ vision differs from ours. Another group member happened to be an optical engineer, who explained that while human eyes have three types of color vision receptors (cones) – red, green, and blue – birds have four: red, green, blue, and ultraviolet. This means that birds can see better, and more colors, than we can, including into the ultraviolet range.

This teaching moment is just one example of what happens when people come together out of love for cranes and nature, Guy observes. On another occasion, Guy got into a discussion about the significance of cranes in Chinese culture with a group of visitors from China, where cranes are associated with longevity and even immortality. Like Whooping Cranes, Asia’s Red-crowned Cranes recently faced extinction but have recently rebounded due to intensive conservation efforts, though they remain endangered species.

In his 10 years of watching cranes, Guy has also spent time with notable scientists like Paul Johnsgard, from whom he learned about a crane behavior called “crunching.” They observed this when a Bald Eagle flew over a group of cranes who stretched their heads up in unison, their spear-like bills all pointed at the predator overhead with an unmistakable message: keep out! Eagle attacks on cranes are seldom seen, and from the eagle’s perspective, fish and other smaller animals likely make far more attractive prey than an enormous bird with a spear on its head! However, young eagles, in particular, do sometimes attack and kill cranes, as recently documented by Crane Trust scientists and partners.

What are some other ways of looking at cranes? One of Guy’s favorites is under a full moon so bright that you can see the cranes’ shadows on the prairie as they are flying overhead. He has led groups to see cranes in blizzards with blinding snow and lightning storms, and notes with wonder how the cranes seem to have their own barometers, coming and going around the storms. Sometimes the Sandhill Cranes are joined by Whooping Cranes, and sometimes what at a distance appears to be a Whooping Crane turns out to be a Sandhill Crane with leucism, a rare but natural and harmless pigment loss condition that causes the otherwise grey cranes to turn white.

“I don’t know a stranger,” Guy admits with a smile, and his friendliness is contagious. On one of Guy’s tours, a woman brought a night vision scope that allowed the group to see the cranes’ movements on the river in the dark. On another tour, a visually-impaired man brought a special high-powered telescope that allowed him to view the cranes and described his unique perspective to the group. Even in the darkest conditions, we can hear the cranes’ wings as they fly overhead and their calls of greeting as they come down to land together on the river. In the end, there are countless ways of looking at cranes, and every moment we spend with them is a journey of the senses.