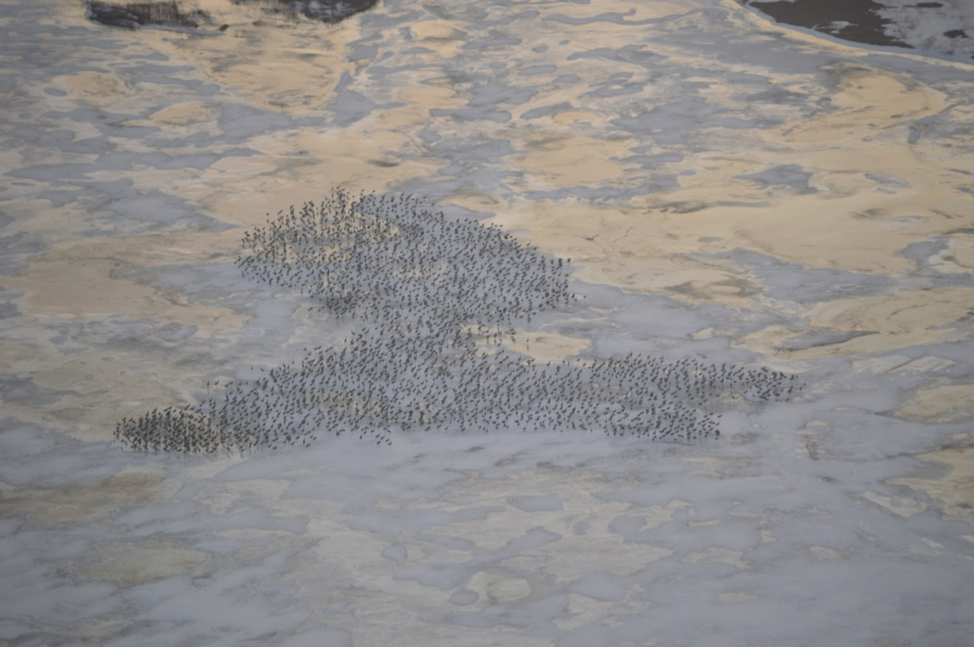 This morning we counted 66,905+9,056 Sandhill Cranes and ~ 31,300 dark geese in the Central Platte River Valley. Sandhill Cranes were present in 10 of our 11 survey segments between Chapman and Overton, Nebraska. We also had 44 Trumpeter Swans in the western part of our survey area. In short, the spring migration has begun! However, as winds were sustained out of the south for a good portion of the day with sunny and clear skies, migration conditions were good and a number of Snow Geese, Canada Geese, ducks, and Sandhill Cranes arrived throughout the day after our surveys. Therefore, there are likely significantly more birds in the area than our surveys would indicate. Today exemplified that many species of waterbirds are moving northward through the Great Plains together this year, so that the spectacle of this migration is not just the hundreds of thousands of cranes, but the millions of waterbirds clouding the skies along the Platte River. As I type this update I can hear a cacophony of waterbird calls from my office, Snow Geese, Sandhill Cranes, and Greater White-fronted Geese.