Earth Day: Honoring Our Mother by Listening to Our Children 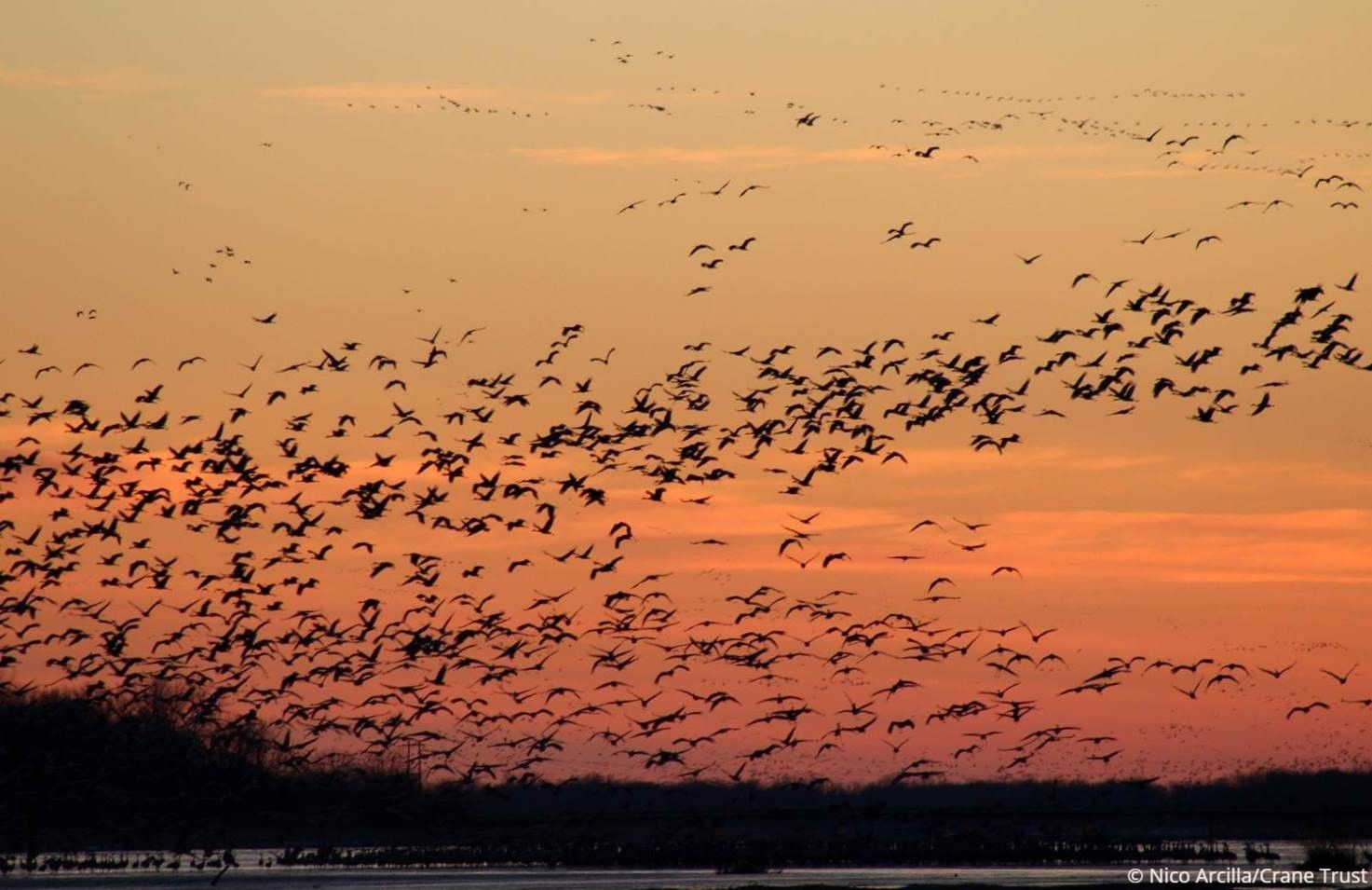 When we hear the calls of cranes, we hear a sound that is very ancient, and perhaps the excitement we feel contains some recognition of the prehistoric nature of their spectacular gatherings on the river. While crane fossils in Nebraska date back 10 million years, most researchers agree the first humans arrived in North America just 15 thousand years ago. These included the ancestors of the Omaha and Ponca people who gave us the name Nebraska, their name for the Platte River; by contrast, European settlers began arriving only hundreds of years ago, but since then have completely transformed the landscapes around us. Although it may be difficult for us to imagine the world before we came into it, this should not be difficult for cranes; for most of their existence on this planet, they got along quite well without us. Getting along with us is a different story! Humans have increasingly altered the world according to the needs and desires of our growing and expanding populations, which has increasingly spelled disaster for our fellow species and put us on a collision course with the natural world. Thus, warnings from scientists and activists that we must immediately take notice and action for change is the impetus for Earth Day, whose 2019 theme is Protect Our Species.

The dinosaurs’ extinction 65 million years ago was the fifth mass extinction in earth’s history, but science tells us that we are now driving the rate of extinction to at least 1000 times higher than expected naturally, which is causing the sixth mass extinction. Though we consider ourselves the most intelligent of all species, no other species seems capable of the folly of destroying our only home, and we will leave our children a vastly impoverished world if we do not change course. So what can we do? Plenty! First, we can educate ourselves and others about species declines and their causes and consequences. Second, we can advocate and support policies that protect species, such as the Endangered Species Act, the Migratory Bird Treaty Act, and new legislation proposed to advance bird conservation. Third, we can join with others to advocate for nature, through the Earth Day Network or any number of local, national, and international organizations for wildlife and the outdoors. Fourth, we can each take individual actions to help other species survive, such as by creating a wildlife-friendly garden, treating our windows to prevent bird collisions, keeping our cats indoors to prevent them from killing wildlife, and supporting organic farming.

Finally, we can honor Mother Earth by listening to our children. The love of animals and nature comes naturally to children, who have an innocence and purity of vision that can wake us up when we most need it. Just as they deserve our attention, our planet and fellow species have never needed it more. Our youth are increasingly taking center stage in the movement to protect our planet, such as through the American Sunrise Movement, and Greta Thunberg, a Swedish schoolgirl who has captured the world’s attention by urging all of us to take action, most recently by meeting with Pope Francis, who enthusiastically encourages her work. May our children and their love for life, for the gifts of nature as simple and vital as fresh air and clean water, remind us of the importance of taking action for Earth Day, today and every day. May our children move us to make the changes that are so desperately needed if they are truly to inherit the earth. May they, in turn, show their children our beloved cranes on the river, dancing for the joy of being alive in this beautiful world that is our only home.