The Aransas-Wood Buffalo whooping cranes belong to the only self-sustaining population in existence. Currently at an estimated 405-430 Whooping Cranes, their numbers are increasing but still remain threateningly low. Scientists have learned that migration is much less dangerous for Whooping Cranes than predicted. However, it is still one of the most dangerous times for juvenile Whoopers, but not by much. 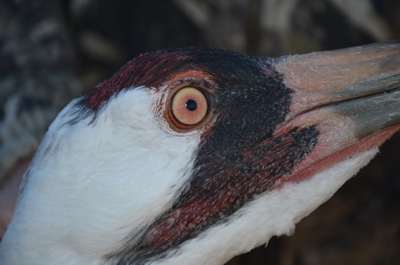 Beginning in 2009, the Crane Trust scientists, in cooperation with the USGS Northern Prairie Wildlife Research Center, the US Fish and Wildlife Service, the Platte River Recovery Implementation Program, and the Canadian Wildlife Service with support from the Gulf Coast Bird Observatory, International Crane Foundation, and Parks Canada placed GPS transmitters on more than 60 whooping cranes in Canada and Texas. These transmitters provided us with as many as four locations for each bird per day. This allowed us to follow the cranes’ movement on their nearly 5,000 mile round trip between Wood Buffalo National Park and Aransas National Wildlife Refuge.

Data collection on this project was finished in 2016, and the task of analyzing hundreds of data points across the United States and Canada has begun. One paper, summarizing much of the data and evaluating the Platte River Recovery Implementation Program has been published as a USGS publication. Future research includes: whooping crane habitat on wintering grounds, the entire migratory flyway, and the summering grounds, juvenile whooping crane behavior and movement, and migration ecology as a whole. Stay tuned to our publications list and newsletter to get developments. 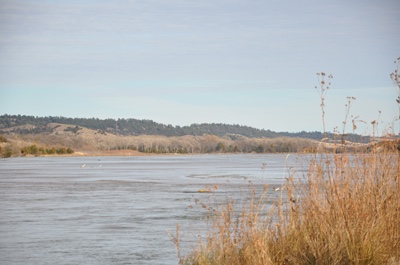 This project began with pilot data collection by personnel of the Platte River Recovery and Implementation Program and Crane Trust at sites used by marked cranes in Nebraska during spring 2012 and fall 2012 migrations.

In 2013, the Program and researchers from the USGS and Crane Trust conducted a ground-based study spanning from northern Texas to North Dakota and evaluated habitats that telemetry-marked whooping cranes used as stopover sites during migration.

Knowing what habitats whooping cranes select, and potential resources available from those habitats, is essential for management of the species. We seek to visit and characterize stopover sites used by whooping cranes from the Platte River to document surrounding habitat characteristics and land management practices to better define minimum habitat criteria required by the species. 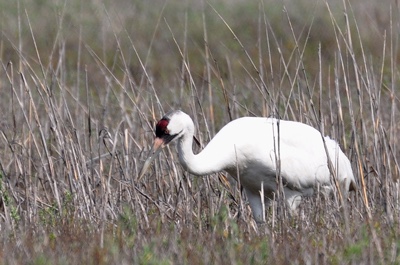 Whooping cranes are a rare and often elusive species, and much is still unknown about their migratory cues and other natural tendencies.

The Crane Trust seeks to further the understanding of this species and is constantly on the lookout for unusual or undocumented behaviors by whooping cranes, such as happened during the winter of 2011-2012. Read more.