Baby Bison Gets a Chance at Survival 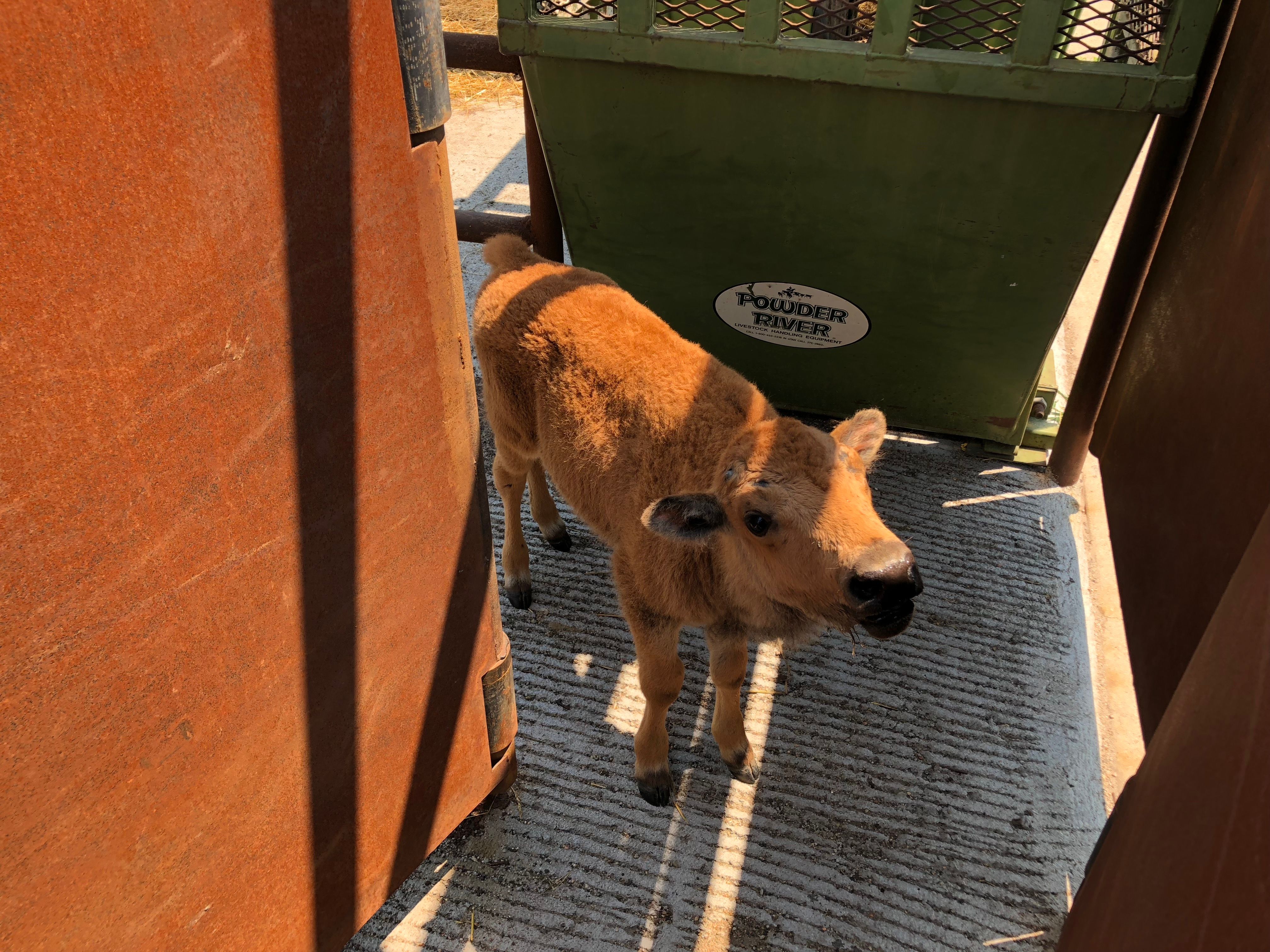 On June 2, 2018, just after celebrating the Crane Trust's 40th Anniversary, we reported that we were surprised with the birth of twin bison. Less than 1% of bison births in North America are twins and this is the first our herd has seen. It is not unusual when a male and female are born together that the mother abandons the female. This was the case with the Crane Trust twins. Fortunately, our bison coordinator, Jacob, was able to locate the abandoned twin after the herd had moved on leaving her behind. She was feisty but he was able to relocate her to the headquarters to begin raising her without her mother.

The orphaned bison calf, now called Patty, is going on 6 weeks old. She still drinks milk replacer as the main part of her diet, but has started eating grasses and other plants that are in her pen. We will try to start weening her off the bottle around three months. Grass should start to become a main part of her diet around that time.

We introduced a beef bull calf to her a few weeks ago and they seem to be hanging out some and herding up together in their pen. She still comes running over to humans though once someone enters the pen. The herd has come up to the corral to check her out and seem to be interested in her and the beef calf, and patty seems to be curious about them as well but also afraid of them at the same time. I think it is good for her to get some interaction with them at this stage of her life to hopefully help her if the time comes to reintroduce her back into
the herd.

As for the rest of the herd, we are now up to 29 calves putting the total herd count to 108 animals. There is always a chance of a late calf or a fall calf although it is unlikely. The rut should be starting within the next month and the herd looks to be in great shape going into the breeding season.

The science staff is also doing some interesting studies right now involving the bison and the parasites that they may have as well as a study of the different species of plants that the bison are eating at different times of the year. The information that will be obtained from studies like these will be very beneficial to bison managers. There is always new information to learn and try to understand involving bison and the Crane Trust is making new discoveries every day.

Without your support, the work the Crane Trust does with the bison wouldn't be possible, please consider making a donation today.