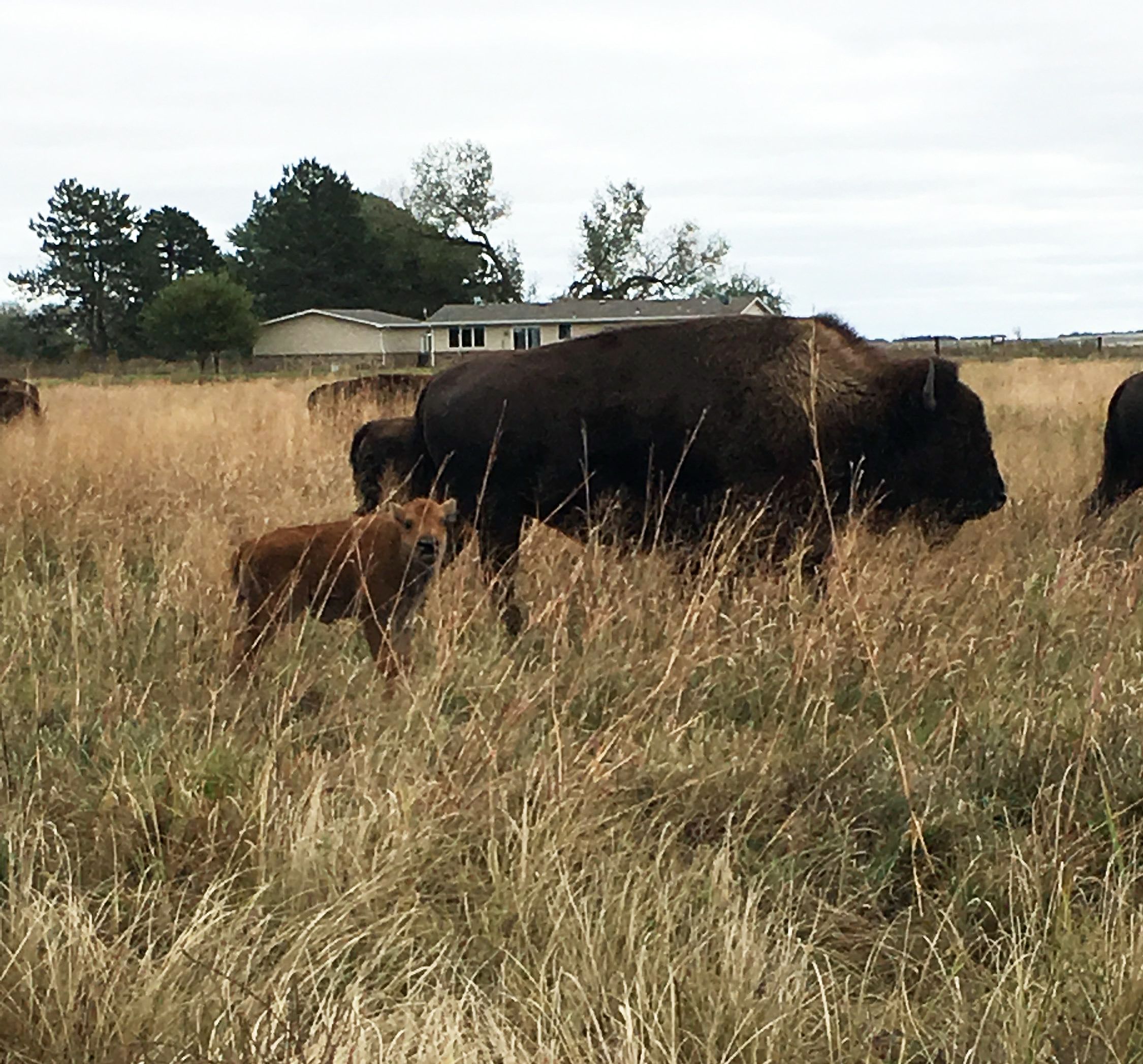 The Crane Trust's bison herd has been full of surprises this season starting with the birth of twins earlier this summer and now the birth of our 31st calf which was discovered on Sunday, October 7th. It is uncommon for bison to have calves in the fall but it does happen. For multiple different reasons a heifer or cow may come into heat at different times of the year. In this case it was a young first year heifer that might not have been mature enough during the rut in late July/August but was ready later on last winter. We did observe some bulls fighting and acting like there was a cow in heat in January of this year so this late arrival makes sense. Usually calves are born from April to June but we have had calves as early as March and as late as July before this calf was born. All and all she will just be a few months behind the other calves but should be a healthy bison.