“Craniac” Deb Miller on Being a Part of It 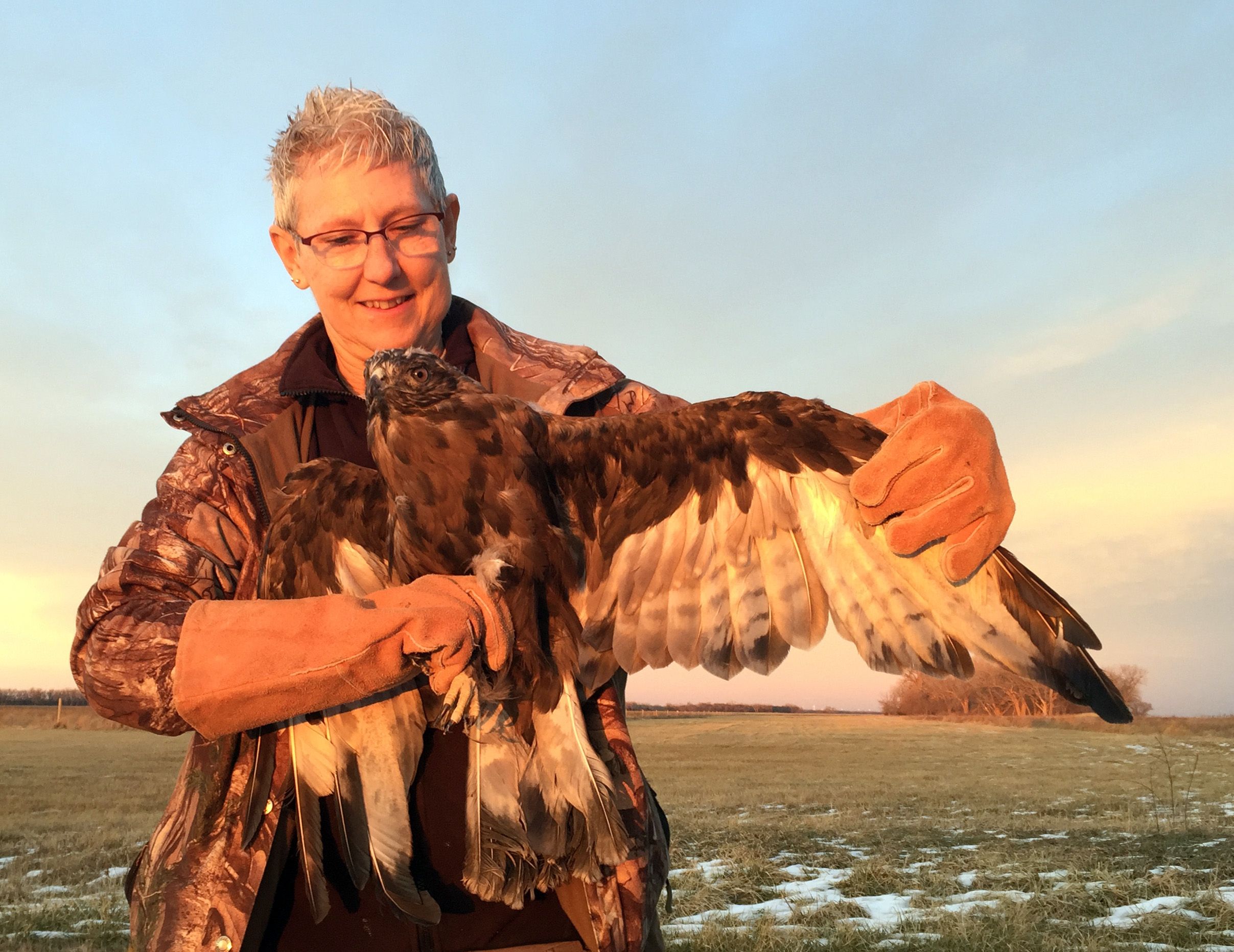 Those of us who are crazy about cranes are sometimes called “craniacs,” and one particular craniac, Deb Miller, has even put this nickname on her car’s license plate for all the world to see! A longstanding tour guide at the Crane Trust, Deb is the subject of this month’s volunteer spotlight, the second article in a series highlighting our extraordinary volunteers. When asked how she first became connected to the Crane Trust, Deb explained that she enrolled in the Nebraska Master Naturalist program, which had her out in nature and requires a number of volunteer hours. She chose to fill many of these by guiding visitors to see migrating Sandhill Cranes up close from our blinds along the Platte River. Years after completing the program, Deb has kept coming back to connect people to cranes, asking, “What better way is there to give back and share my passion?”

Besides putting people directly in touch with nature through crane viewing, Deb shares her delight in wildlife through photography. You can find some stunning examples of her work here. Several of her photographs have won competitions, including her photography displayed on the covers of this year’s Master Naturalist calendar, and Hamilton County telephone directory. Inspired by well-known area naturalists such as Paul Johnsgard, Deb reflects “that we can all play a part in spreading enthusiasm for conservation”. She has made friends from around the world through her work with the cranes and has also noted that local residents are sometimes the most amazed of all at the spring spectacle of cranes on the river. A stone’s throw from their own backyard, they can watch the sunset fill with birds as tens of thousands of cranes descend from the sky from all directions. At sunrise, the birds seem to materialize out of the darkness and the river itself as they prepare to fly out into the morning. Deb loves watching the cranes amaze people. “It never gets old,” she says. “My husband says to me, you’ve gone three times this week already… but I tell him, it’s different every time!”

Deb also volunteers for Fontenelle Forest’s Raptor Recovery program, and sometimes brings birds that have recovered from injuries to release back into the wild at the Crane Trust – including the Rough-legged Hawk she is holding in this photo. Her devotion is so powerful that even when an accident led to her house burning down several years ago, it did not stop her from coming out to lead groups to see the birds. “I hate the cold”, she says, and many would think you’d have to be crazy to get up so early just to stand in the dark with snow on the ground. But these are just details that pale in comparison to the astonishing show of crane migration on the Platte: hearing the sound of thousands of cranes all together and watching the sky slowly start to fill with light as the birds are calling and dancing with excitement at the start of the day. “You cannot describe it,” she explains; “You have to be a part of it.”