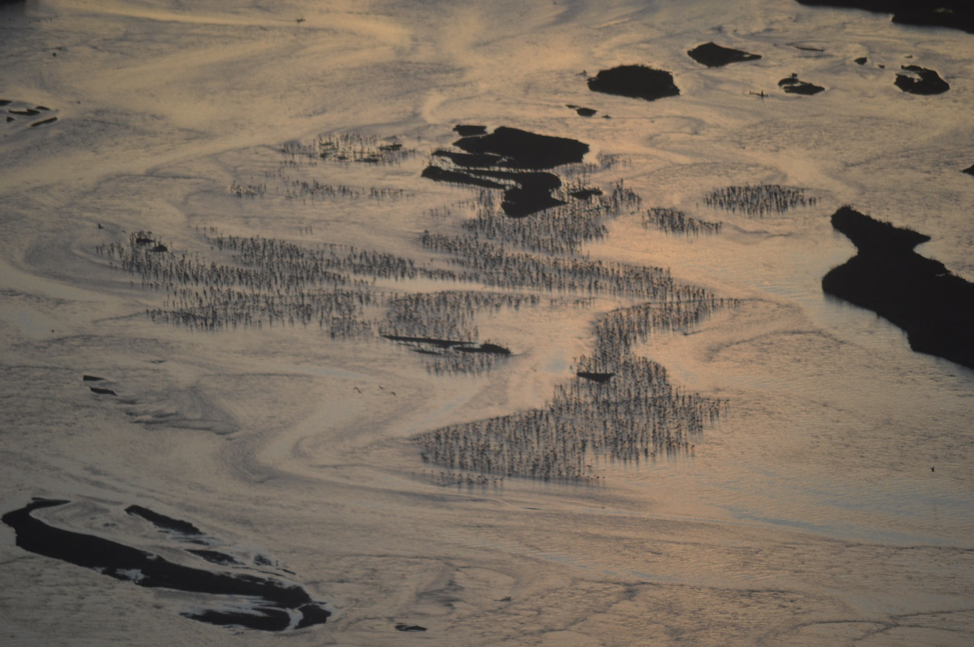 We counted an estimated 247,700+23,800 Sandhill Cranes in the Central Platte River Valley on 8 April 2019. The highest densities of cranes were from Gibbon to just west of HWY 10 and there remained a significant amount of birds from Wood River east to Phillips, Nebraska as well. There are nice winds out of the south today (9 April 2019) for migration, so more birds may depart this afternoon, but we then have winds forecasted from northerly directions until early next week (15 April 2019). Therefore, we may still have good crane viewing over the next week, particularly in the western portion of our survey area. We will be flying again on either 15 or 16 April 2019 given appropriate weather and plane availability.