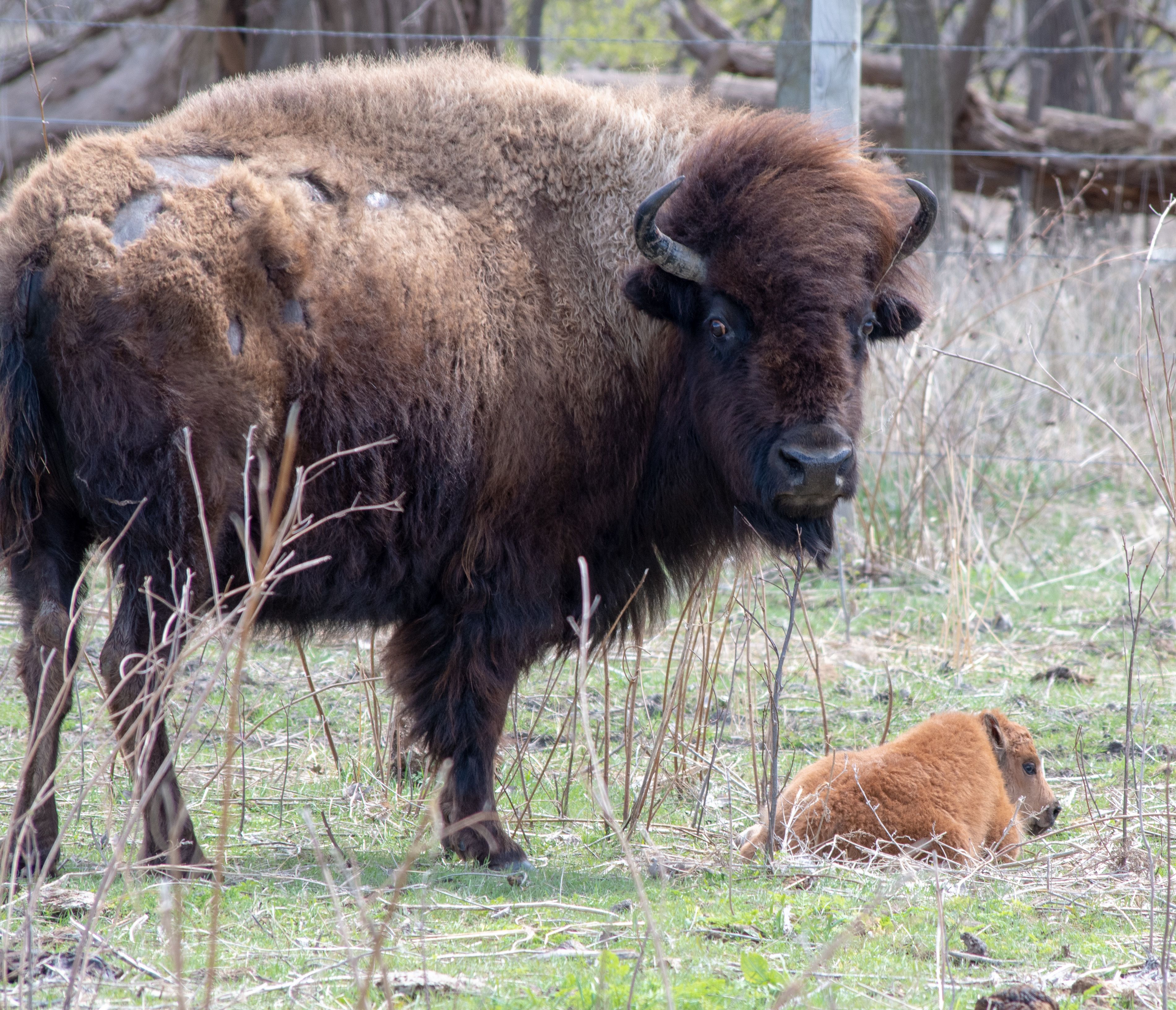 On April 18th last week, the Crane Trust bison herd welcomed a new member. The birth of this calf is the launch of the new calving season here at the Crane Trust. He/she was likely born early in the morning and is settling into its new home on the prairie. Bison calves are often called “cinnamons” due to their coloring when they are young. Last year, the first calf was born on April 23rd and we had a total of 31 new calves. We are anxious to see how many will join the herd this year -- last year’s births drove the total count for the herd to a record 110.

Once a heifer becomes pregnant, the gestation period is not always predictable. This is due to the fact that a mother bison can actually delay birthing, depending on her physical condition and stress level. Several factors can dictate when a calf is born. For example, storms and changes in atmospheric pressure can affect the timing of the birth; the calf might be born before a storm, or its birth may be delayed until afterward. In general, the gestation period for bison is nine and one-half months.

Under normal conditions bison have their calves from mid-April through June, here at the Crane Trust, although we have seen births as early as the end of March. Last year our final calf came in early October. This is not completely unusual, as young female bison (heifer) can come into heat later in the year if they are not mature enough during the initial rutting period. Each year we experience something new with the Crane Trust herd so stay tuned for updates!