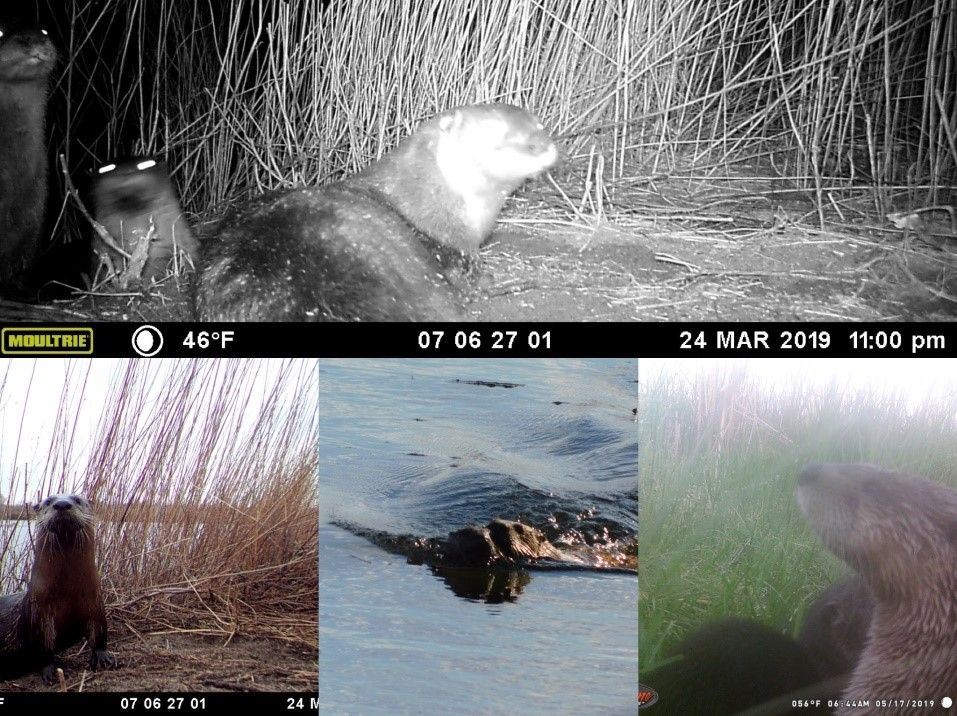 Happy World Otter Day! While unregulated harvest and habitat degradation led to the extirpation of river otters (Lontra canadensis) from the state of Nebraska by the early 1900s (Biscof 2006, Olson et al. 2008, Wilson 2012), extensive reintroduction efforts by the Nebraska Game and Parks Commission have resulted in a healthy, reproductively viable, and expanding population of river otters in the state (Panella and Wilson 2018). The Crane Trust can especially attest to this growing population as a mother made her secondary den with four pups right outside our main campus office. In addition to this, staff has started a camera trap study to understand river otter off channel activity patterns. All attached pictures and videos are either of the transport to the new den, of the mom teaching her pups how to swim and hunt, or from camera traps. The camera that took the footage of the den was administered by the Nebraska Academy of Science and funded by the Nebraska Environmental Trust.