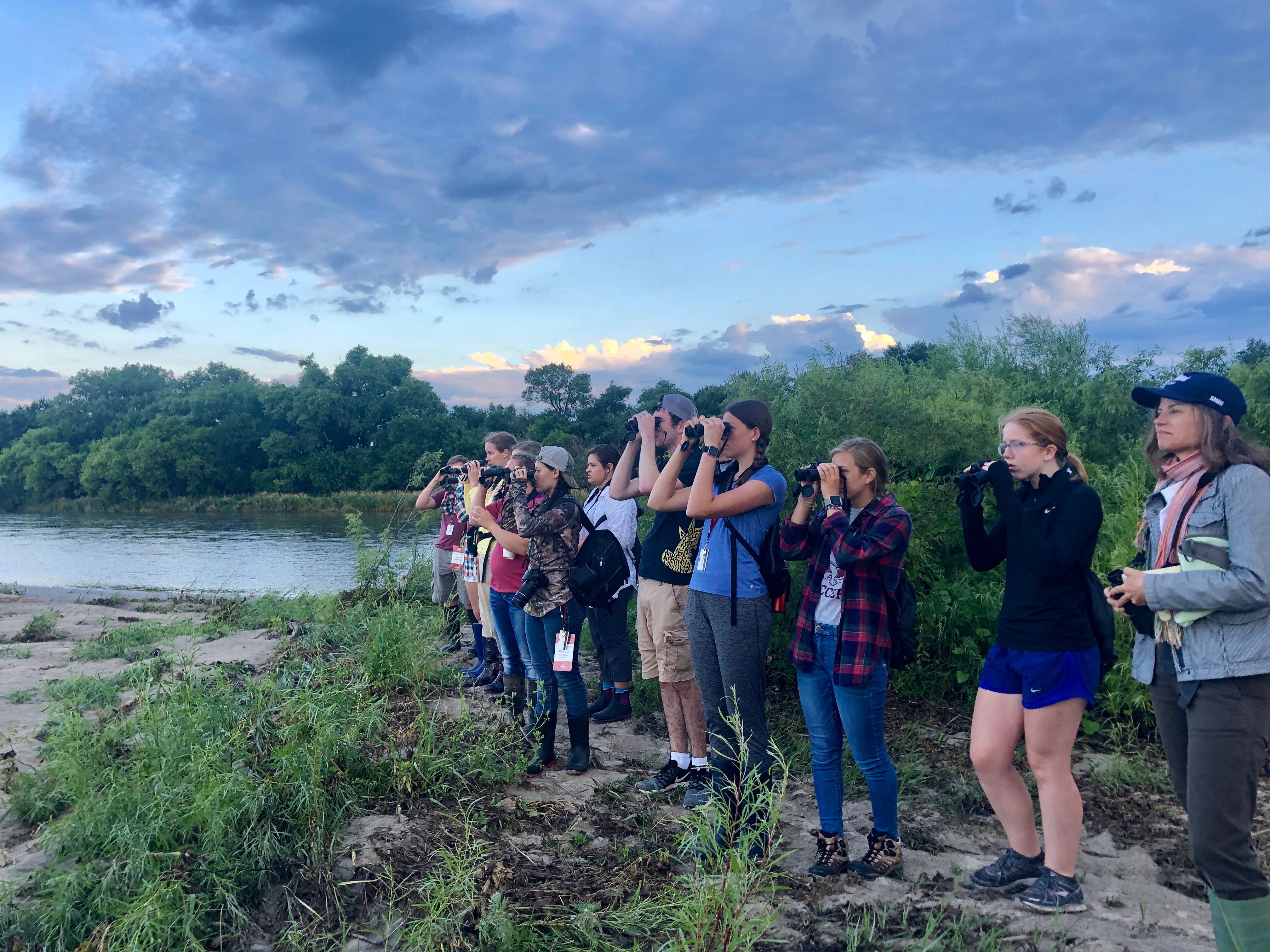 The Crane Trust Science Team worked with our partners at Hastings College last week to host our collaborative week-long educational program, Crane Trust Academy. We welcomed 12 high school students from Nebraska and Colorado to introduce them to the amazing wildlife in the Platte River Valley and standard field ecology research methods. Students began the course by setting camera traps along the Platte River as well as a nearby pond and slough in order to compare wildlife in these different habitats. Next they conducted a vegetation survey and learned to identify native plants such as the black-eyed susan (Rudbeckia hirta), purple poppy mallow (Callirhoe involucrata), and Ohio spiderwort (Tradescantia ohiensis). The following day students learned to identify birds along the Platte River during an early-morning bird walk, and were wowed by beauties such as Dickcissels (Spiza americana), Baird’s Sandpipers (Calidris bairdii) and Northern Flickers (Colaptes auratus). Next, students learned how to mark and navigate to points with a handheld GPS unit. Crane Trust scientists gave an overview of the importance of studying bird population responses to land management, such as grazing and patch-burning, and climatic variation, including the negative impacts of the recent flooding in Nebraska. Students moved on to observe a demonstration on mist-netting and bird banding, as well as learn about new technologies to study migration such as radio and satellite telemetry. Later, students retrieved their camera traps to discover what animals occupied the area they chose to study. They were then treated to a presentation about an ongoing camera trap study at the Crane Trust featuring beavers (Castor canadensis), mink (Neovision vision) and river otters (Lontra canadensis), the latter of which are flourishing following their reintroduction to Nebraska after their extirpation due to over-hunting and habitat loss. The students were also very interested in the bison herd (Bison bison) and learned about their role as a keystone species in the Great Plains and had the opportunity to view the bison up close. Finally, we discussed ways to become involved in wildlife conservation and ecology, as well as potential career paths and opportunities. Hastings College treated the students to a wildlife scavenger hunt at the Hastings Museum, a fire circle and, to conclude, a wildlife jeopardy game to recap all the students had learned during the course. We hope this will be the first of many years to come where we bring students and scientists together with the incredible biodiversity that the Crane Trust works to protect.