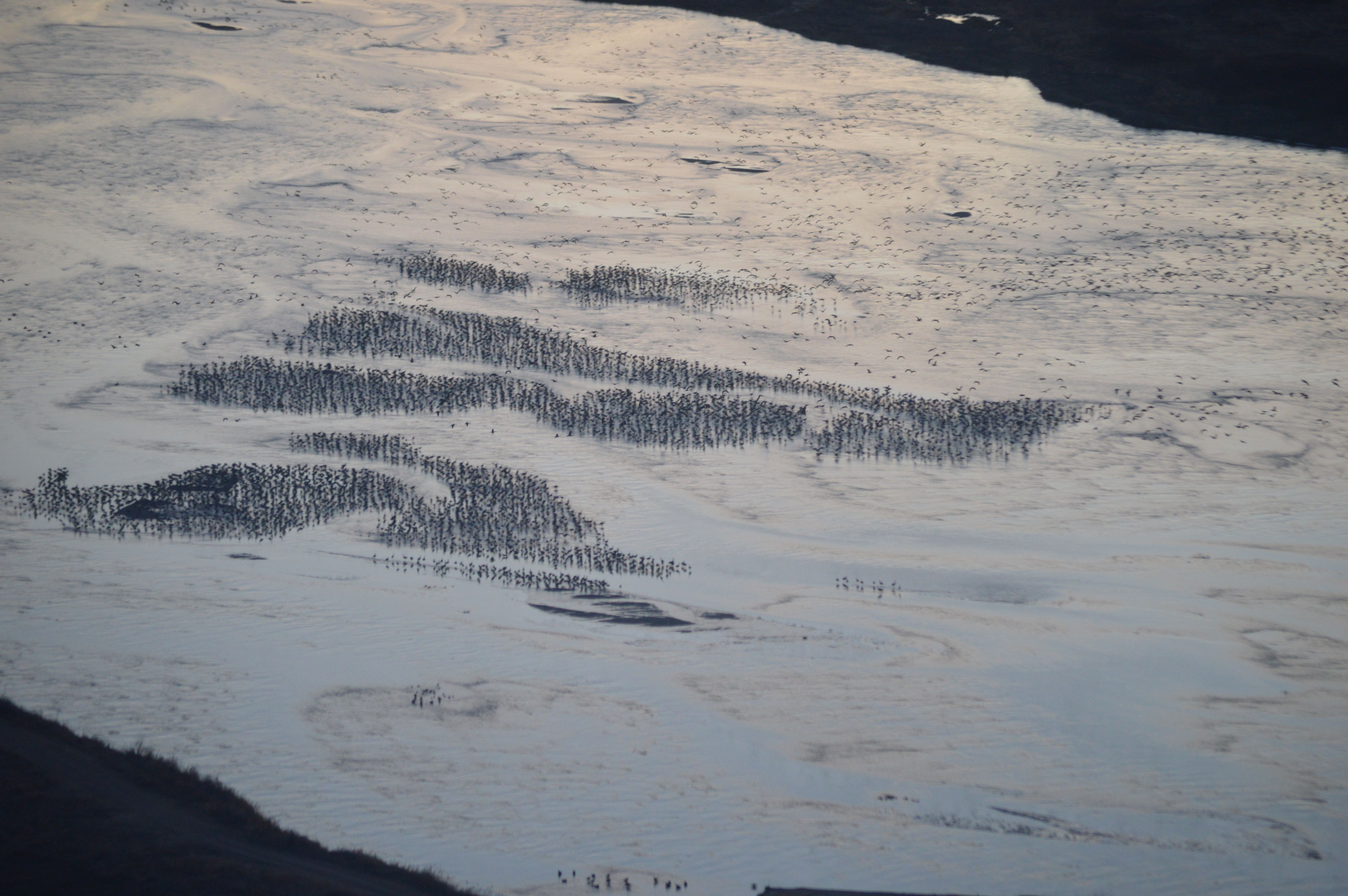 Welcome back to spring migration.

We counted 6,150+/-240 Sandhill Cranes today in the Central Platte River Valley, detecting the bulk of the cranes between Grand Island and Alda, Nebraska. Sandhill Cranes were also detected between Alda and Wood River as well as Gibbon and Minden in lower numbers. We counted 61,000 dark geese, with a large proportion of those being Cackling Geese spread throughout the survey route from Chapman to Overton, Nebraska. We also counted 19 Trumpeter Swans.

Highs are forecast to be above average 8 of the next 10 days with highs generally in the mid-40s (range 39 - 53 with the exception of Thursday the 13th, with highs in the mid-20s). Lows will generally be in the high 20s and low 30s for the next 10 days, again with the exception of Thursday (14 F). Friday and Sunday look like good days to pick up additional migrants with winds out of the south during a portion of the mid-day and average or better temperatures.

Remember that this survey provides an index of abundance and is systematically an undercount as our survey route does not include all Sandhill Crane spring staging areas in the Central or North Platte River Valleys. Furthermore, the cranes that leave the river before our plane passes but remain within a few kilometers of the river are regularly detected but likely at a reduced rate and cranes further away than 3 km are generally not detected via our survey methods. Our data is used to understand long-term shifts in the distribution and timing of spring staging Sandhill Cranes in the Central Platte River Valley as well as their responses to variation in river flows and management.

Surveys will generally occur between Monday and Wednesday of each week depending on weather, with a public update on migration being sent out the following day at the latest, so expect an update sometime between Tuesday and Thursday weekly.