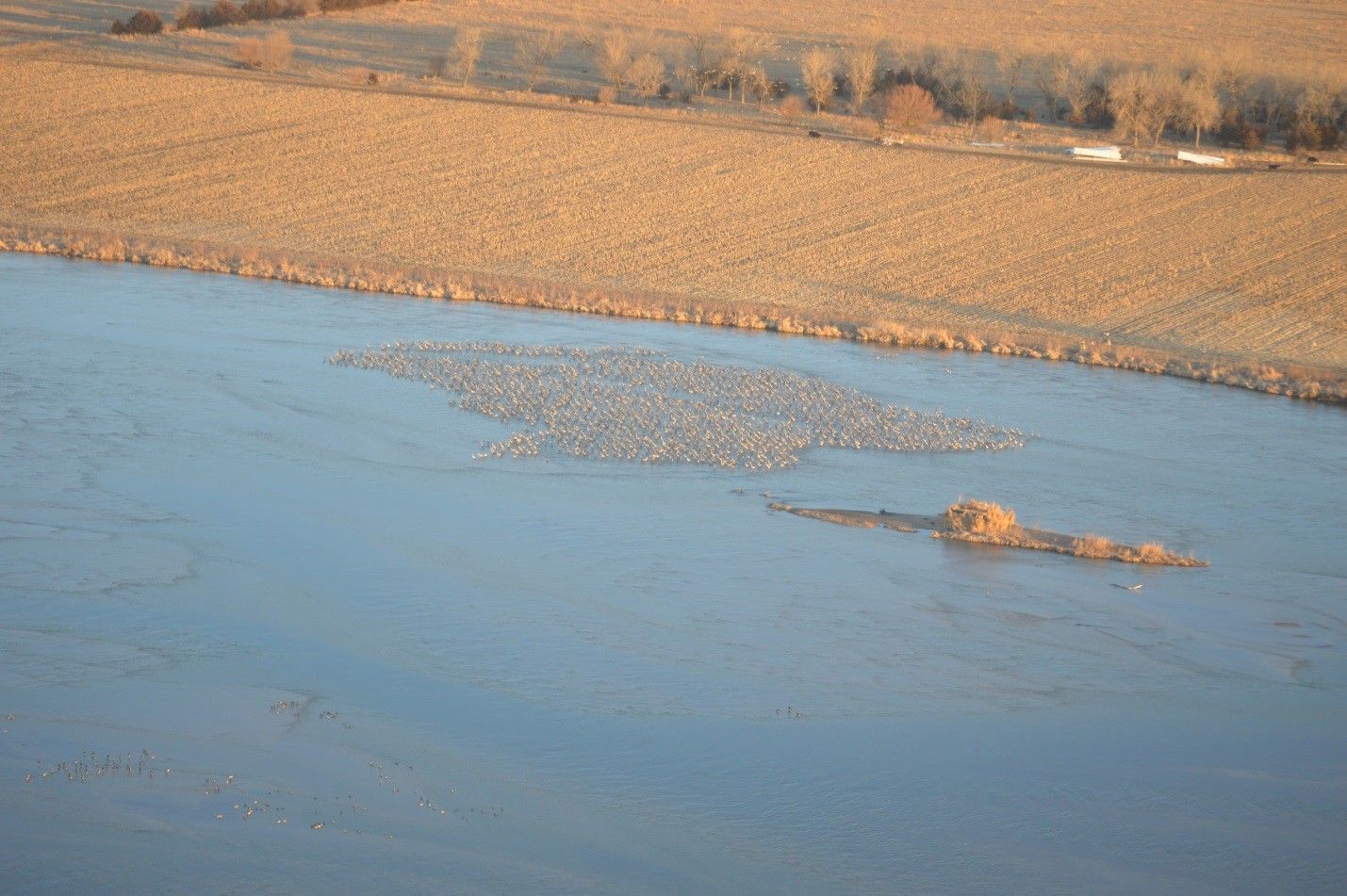 “Sandhill Cranes leaped into Nebraska this the leap day”

We counted a bias adjusted 196,400+/- 47,570 Sandhill Cranes, well up from last week’s count of 34,500+/-1,200. Warm conditions on major Sandhill Crane wintering grounds and winds out of the south in the central and southern Great Plains likely aided this mass arrival. For example, on Saturday February 29th winds were sustained straight out of the south at 28 mph with gusts to 39 mph and mid-day temperatures reaching 70 °F in Stafford, KS, near Quivira National Wildlife Refuge, a regular Sandhill Crane and Whooping Crane migration stopover site. Conditions were similarly advantageous for migration near major Sandhill Crane wintering sites in the Texas Panhandle on the leap day. Winds were sustained out of the south-southwest at 20 mph with gusts to 33 mph and mid-day temperatures reaching 74 °F in Lubbock, TX, this last Saturday. As you probably know, cranes generally take advantage of warm sunny days that generate thermal lift as well as advantageous prevailing winds for migration. This migratory strategy allows cranes to conserve valuable energy resources during the trip north, while opportunistically traversing long distances. However, this strategy can result in relatively variable migration timing from year to year. Interestingly, the stage looks set for additional mass migration in the coming week. Winds will again be primarily out of the south with temperatures reaching the low 70s in Nebraska this weekend (Friday-Sunday) and similar conditions in much of the central flyway to our south. Here I want to give a shameless plug for our recent research, which demonstrates that a one degree average temperature increase in January and February at major Sandhill Crane wintering areas can result in the advanced arrival of tens of thousands of cranes to the Central Platte River Valley in early March. Our models suggested that this phenomenon is exacerbated by drought. According to the US Drought Monitor, notable areas of southern Texas and central New Mexico that are used by portions of the midcontinent Sandhill Crane population are currently abnormally dry or experiencing drought. In any case, the stage seems set for more cranes to arrive sooner than later. The article I referenced was published in Monographs of the Western North American Naturalist, Volume 11, Issue 4; follow the link for more details: https://scholarsarchive.byu.edu/mwnan/vol11/iss1/