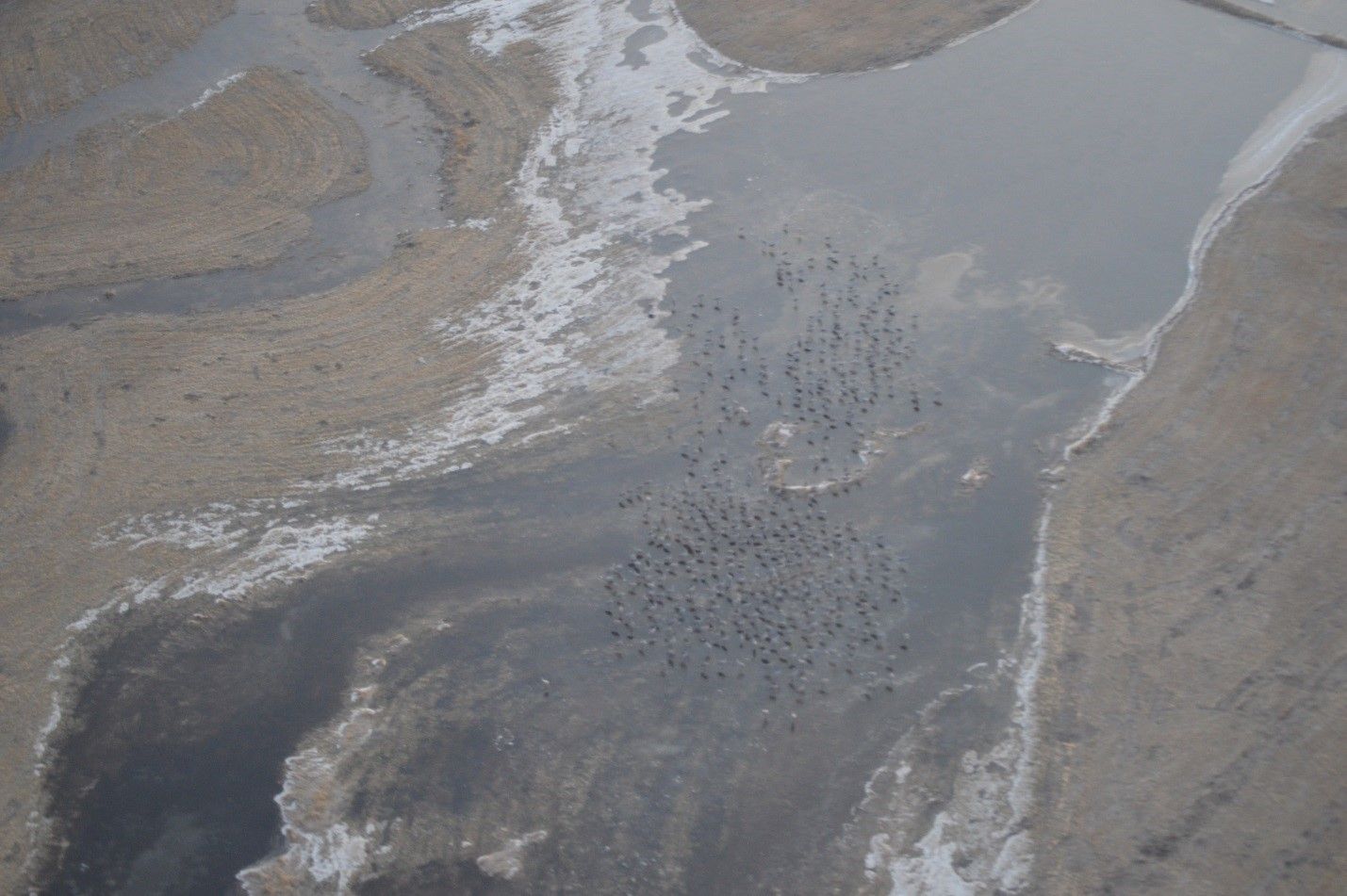 On Saturday 21 March 2020 we counted an estimated 524,266+/-110,222 Sandhill Cranes in the Central Platte River Valley (CPRV). It is a little hard to tell if we remained at the peak of migration as of Saturday or if we were observing a slight decline. As you remember, last week (12 March) we were unable to conduct bias correction and apply confidence intervals because the plane was too bumpy to get clear enough photos. However, treating the raw data estimate from last week as the minimum estimate (541,000) and an undercount of -30% as a maximum estimate (703,000), would suggest we have declined between -9.8% and -23.4% relative to last week (comparing potential maximum and minimum values across weeks). This indicates a quite early peak, which is not surprising given the above normal temperatures observed in early March. Our data also indicates a relatively sustained peak given the most recent count, which is not surprising given weather over the last week and a half. Observed daily high temperatures were above recorded averages for the first 12 days of March, then from the 13 to 21 March they were below (66.7%) or near (33.3%) historic averages, with few days ideal for further in or out migration. Sandhill Cranes tend to move further from the river to forage through the duration of spring migration as numbers build. We have noted several large groups of Sandhill Cranes more than 10 miles from the river over the last week or more, which really indicates that much of the resources near the river have been exploited. Under these conditions I would expect a large number of the Sandhill Cranes to depart the CPRV soon given appropriate conditions for migration, which appear to be forecasted over the next two days.