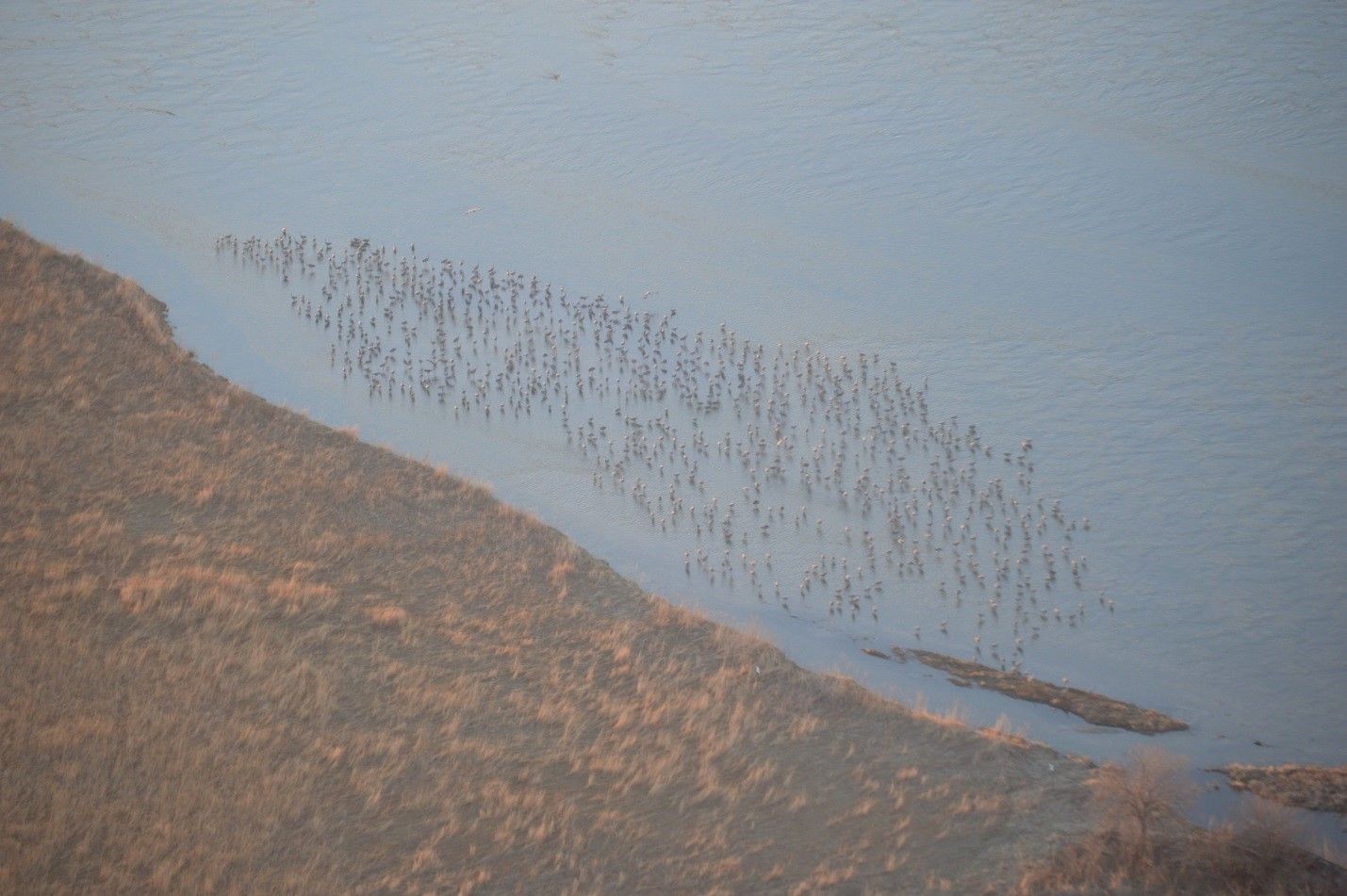 On Sunday 29 March we counted an estimated 475,600+/-65,100 Sandhill Cranes. After an early peak in abundance on 12 March this is the second week in a row that we have noticed only a slight (-10%) decline in Sandhill Crane numbers. Though there have been a couple good windows for departure (24 and 25 March) our data suggests that a majority of the Sandhill Cranes likely remain in the Central Platte River Valley at the moment. We had roosts in every bridge segment except for segment 11 from Elm Creek to Overton, Nebraska (despite surveying from West to East this week). The Sandhill Cranes were heavily distributed on major conservation properties this week. There were a photo-adjusted 123,200+16,900 Sandhill Cranes in 24 roosts within segment 3 between HWY 281 and Alda Rd as well as 164,800+22,600 cranes in 21 roosts within segment 7 between Gibbon and Minden, which are managed by the Crane Trust and Audubon’s Rowe Sanctuary respectively. We will be surveying again pending weather on 6 April 2020.