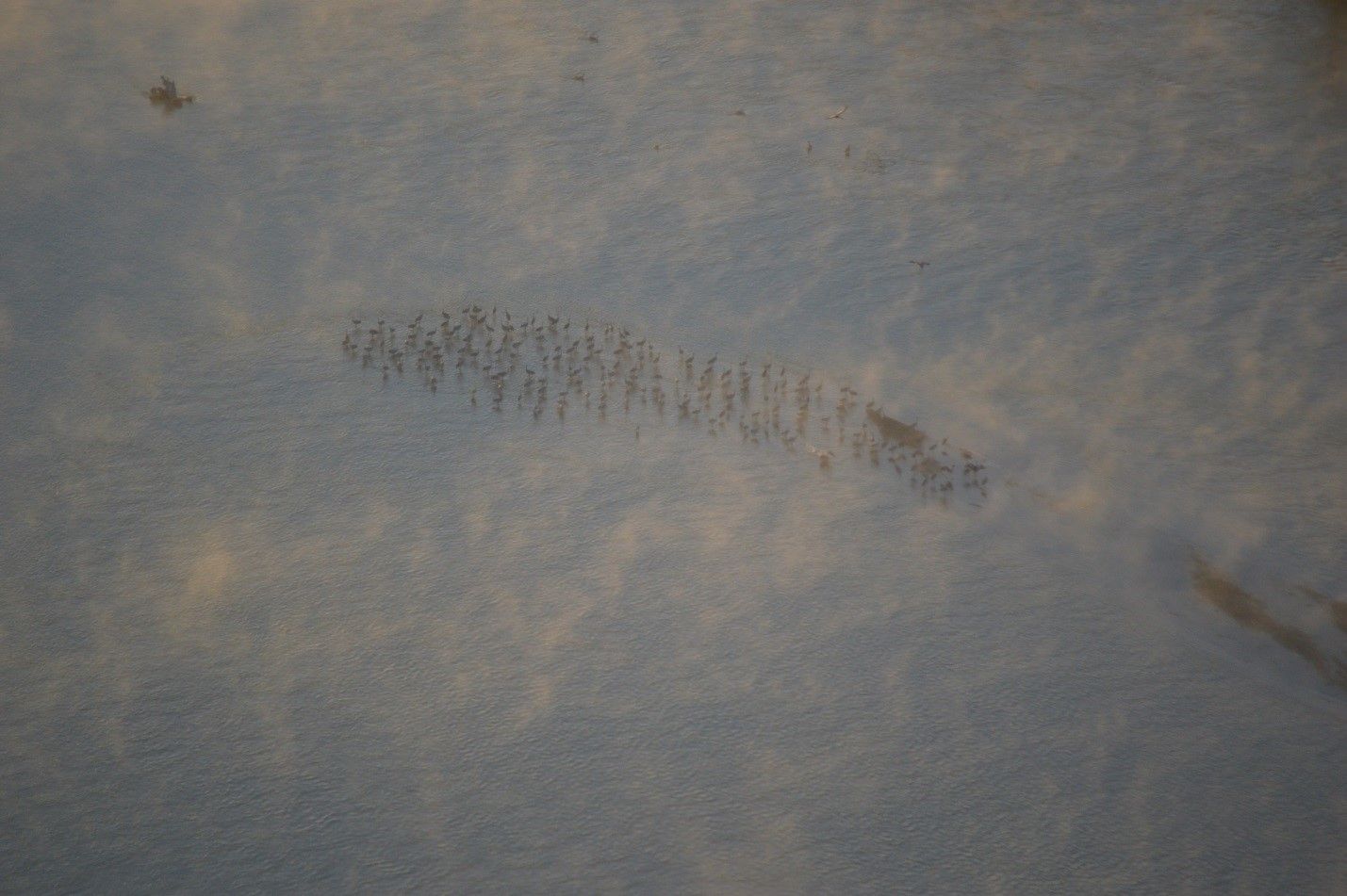 On 7 April 2020 we counted an estimated 224,800+/-49,200 Sandhill Cranes in the Central Platte River Valley (CPRV), Nebraska. The birds were predominantly distributed west of Wood River (96.6%). This is a strange distribution given that the highest densities are usually east of Wood River at the Crane Trust as well as at Rowe Sanctuary, which is west of Wood River and did have a number of cranes during this survey. Research by Krapu et al. (2014) demonstrates that different breeding affiliations within the midcontinent population (i.e. - western Alaska-Siberia, east-central Canada-Minnesota, etc.) migrate through different portions of the Platte River Valley and at slightly different times. Relatedly, our research (Caven et al. 2019) found that Sandhill Crane abundance peaks in the eastern portion of the CPRV on average about two weeks ahead of the western portion, with overall peak abundance timing in-between. This is likely because Lesser Sandhill Cranes, which typically have longer and less temporally variable migrations compared to Greater Sandhill Cranes, generally migrate through the western portion of the CPRV (Krapu et al. 2014, Caven et al. 2019). We hope this survey finds you well and that you are staying safe. We are planning to conduct a survey again on 13 or 14 April pending weather, which may be the last of the season contingent on Sandhill Crane numbers.