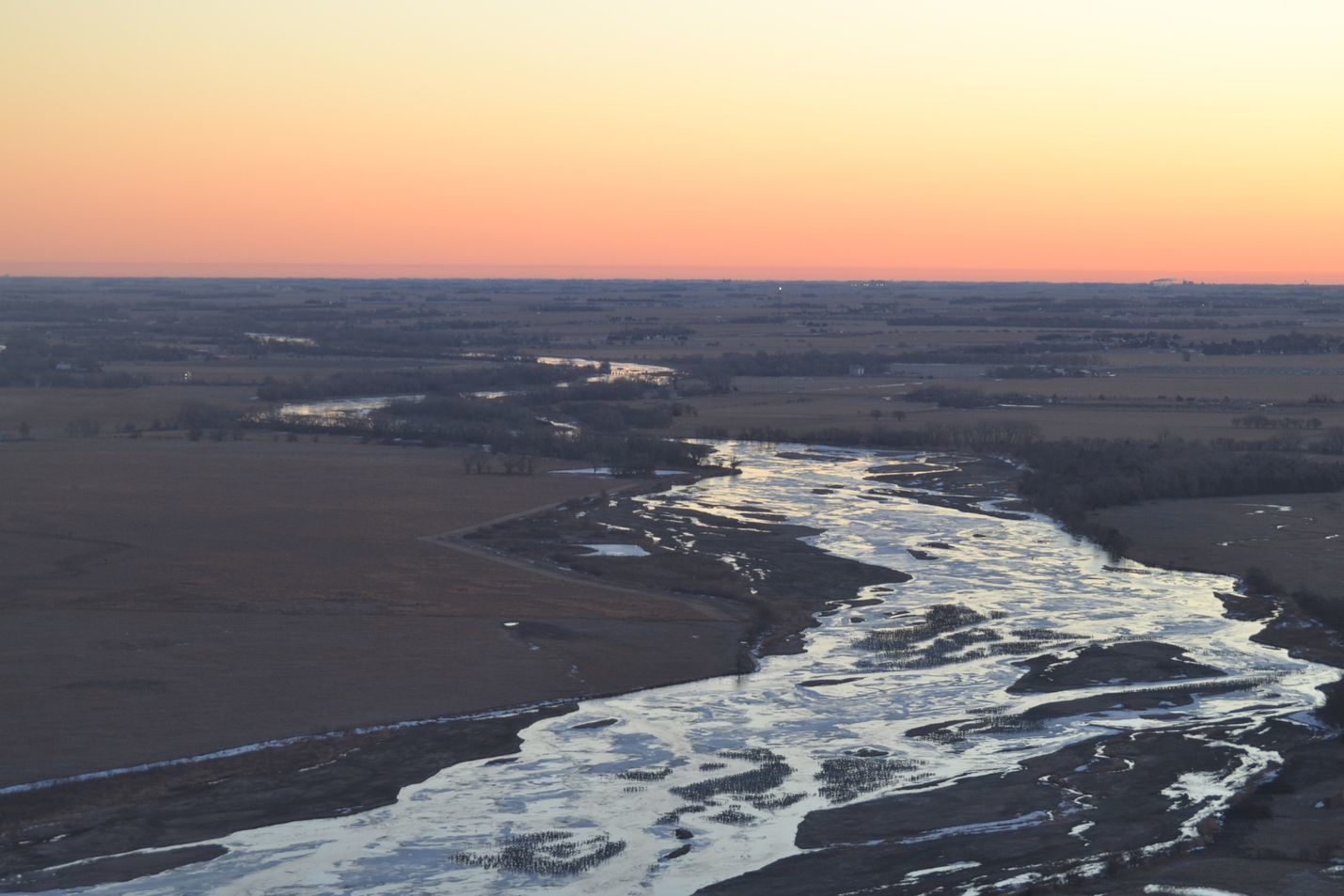 Today we counted a raw estimate of 99,200 and a photo-corrected estimate of 135,800+/-18,300 Sandhill Cranes in the Central Platte River Valley (CPRV) between Chapman and Overton, Nebraska. We also counted an estimated ~49,200 dark geese. Both Sandhill Cranes and dark geese increased markedly over last week (previous counts of 4,600 and 5,700 respectively). We also noted 16 Trumpeter Swans in the CPRV during this survey. Conditions look excellent for continued migration to the CPRV over the next week looking at weather patterns in the southern Great Plains (TX panhandle, central OK, central KS, coastal Texas, and southern New Mexico) where the majority of Sandhill Cranes winter and stopover previous to their arrival on Platte River during spring migration. Weather looks excellent for crane migration from the south tomorrow (3/2) as well as this coming weekend (3/6-7; clear skies, warm temps, winds out of the S), and the intervening days are generally acceptable for migration as well. Therefore, we may see a large influx of Sandhill Cranes in the next week if models of crane migration are any indication. There are also a large number of Snow Geese in the CPRV at the moment (luckily, we do not try to count them!). Given the cold start to the migration from mid-late February and the above average temperatures looking forward, it is possible that we will have a diversity of waterbird species coming through the CPRV at one time in large numbers over the next couple weeks – happy spring!

Photo Credit - Jenna Malzahn - A Crane Trust biologist's view of the Platte River and roosting Sandhill Cranes as they count cranes from the plane.