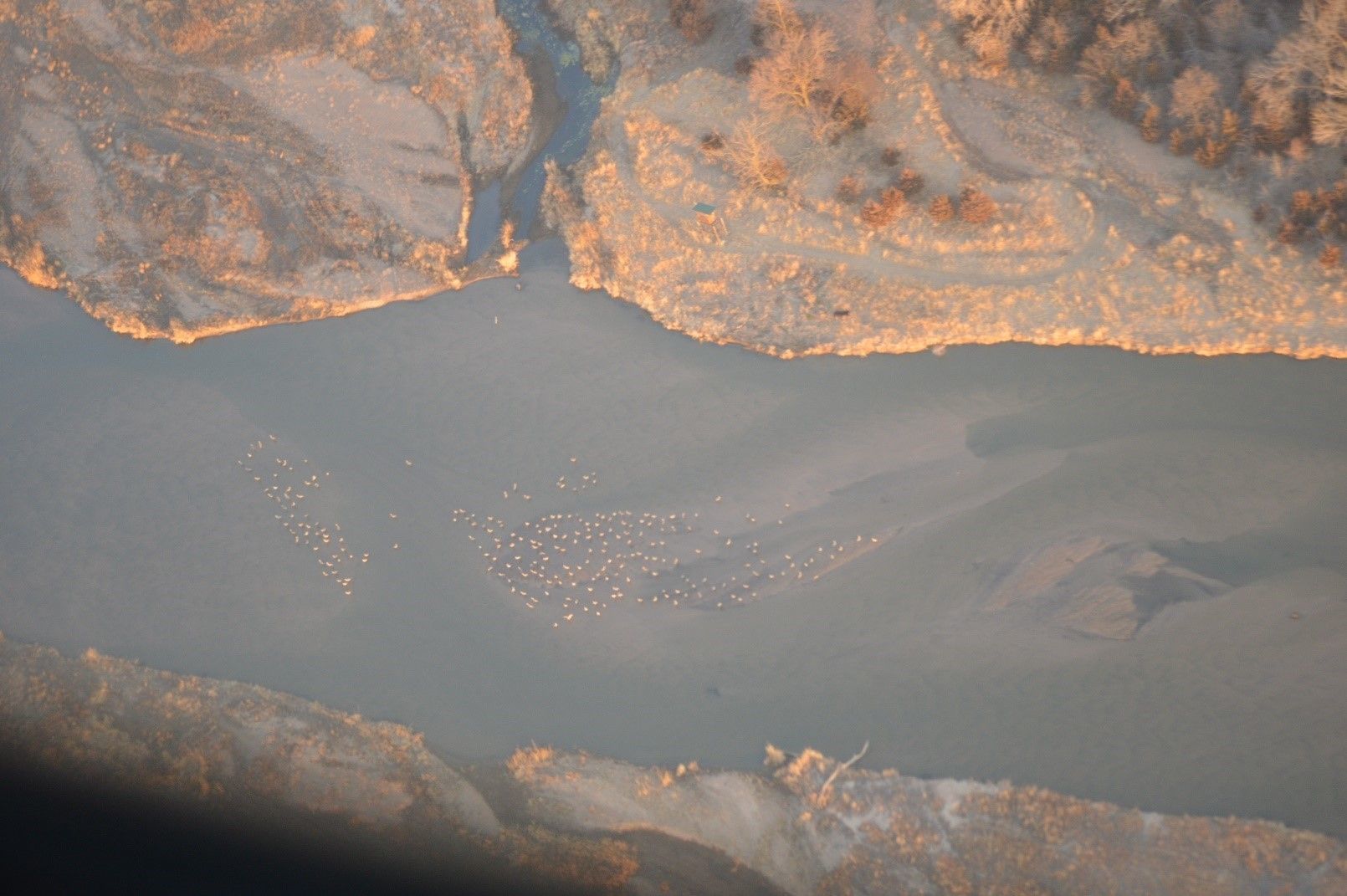 Today we counted a photo-corrected abundance estimate of 459,700+/-99,300 Sandhill Cranes in the Central Platte River Valley (CPRV) between Chapman and Overton, Nebraska. Our models of Sandhill Crane migration based on weather were pretty accurate and last week, as hypothesized, delivered a large number of Sandhill Cranes to the CPRV. This represents a 239% increase in our Sandhill Crane abundance index over last week’s estimate (135,800+/-18,300). Segments one through three, from Chapman to Alda, Nebraska, looked to be nearing peak abundance. However, despite there being a significant number of Sandhill Cranes near Audubon’s Rowe Sanctuary, the central and western segments, from Alda to Overton, Nebraska, did not yet appear near peak numbers. Though patterns vary from year to year, our current observations correspond with data from our research recently published in Monographs of the Western North American Naturalist (Caven et al. 2019. MWNAN 11(1):33-76), which indicates that the eastern portion of the CPRV, which tends to be used more heavily by Greater Sandhill Cranes (Antigone canadensis tabida), generally peaks as well as declines in abundance ahead of the western portion of the CPRV that tends to be more heavily used by Lesser Sandhill Cranes (A. canadensis canadensis). Despite large numbers being present in the eastern portion of the CPRV relatively early this March, it does not necessary indicate a short migration. Our research, in conjunction with other work done in the CPRV, indicates that the earlier Sandhill Cranes arrive the longer they tend to stay (Krapu et al. 2014. Wildl.  Monogr. 189:1–41).  Furthermore, Sandhill Cranes tend to stay about 3 weeks in the CPRV on average and their rapid arrival suggests for the next 2-3 weeks numbers may remain high as departures might not be expressively staggered.