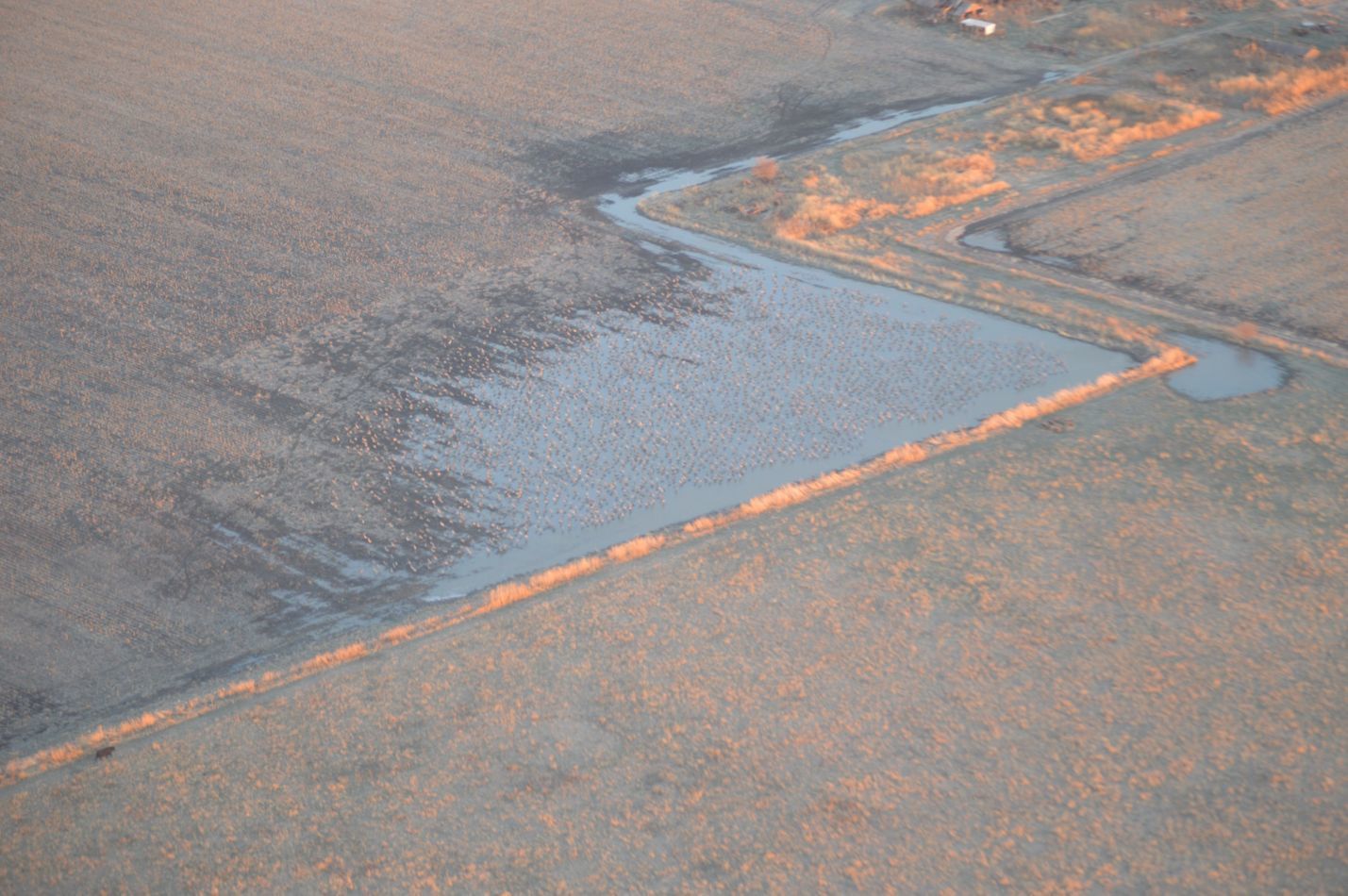 We counted an estimated 216,700+/-58,500 Sandhill Cranes in the Central Platte River Valley (CPRV) between Chapman and Overton, Nebraska, on 28 March 2021. There were still a significant number of cranes roosting in flooded off-channel habitats, such as agricultural wetlands and wet meadows, as a result of recent substantial rains. This week’s abundance index represents a notable decline over last week’s estimate of 574,000+153,000, indicating we have passed the peak of migration in the CPRV.  If you recall, we documented 459,700+99,300 Sandhill Cranes on 8 March, indicating that we have had a significant number in the CPRV for 3 weeks or more. Sandhill Cranes tend to spend between 18 and 28 days in the CPRV depending on where they breed (Krapu et al. 2014. Wildl. Monogr. 189:1–41); therefore, we do not expect large numbers of cranes to persist in the CPRV for an extensive period of time. We will be counting Sandhill Cranes for at least 2 more weeks and will continue to provide updates as we are able.