Things are really heating up!

When I was an undergraduate, I took a course about fire management to understand its importance, and even wrote a fire plan for an area in Arkansas. However, I have never actually worked hands-on with a prescribed fire, until now!

It is important to first know the difference between a prescribed burn and a wildfire. A prescribed burn is a planned fire that is intentionally ignited by a group of people aimed to meet specific management objectives, such as reducing a specific invasive species. A wildfire is an unplanned fire caused by either natural causes, such as lightning, or by human ignitions such as campfires, fireworks, or arson. While fires can pose many threats to wildlife and humans, they are a natural phenomenon that is particularly important to the formation of grasslands. Fire has actually been used as an important management tool for hundreds of years. Some of the earliest documented use of fire was seen by indigenous peoples who would use this tool as a way to drive prey such as deer or bison, clear travel routes, or even create open patches to overwinter in. Prescribed burns can help prevent more destructive wildfires by consuming fuels such as dead leaves, tree limbs, or debris, as well as reducing competition between plants. Fire also increases heterogeneity on the landscape, which offers various habitat types to support even more biodiversity!

Before any burn can take place, many precautions must be taken, including writing a burn plan. A burn plan details the optimal conditions in order to meet management objectives. Burn plans consider many variables including humidity, wind, temperature, surrounding areas, and mixing height and transport winds that disperse smoke safely. Being fire ready requires that Crane Trust staff have gone through the proper training to work on a fire. Often prescribed fires rely on partnerships with other conservation organizations like TNC, Fish and Wildlife Service, or Audubon Society which provide additional staff and equipment on larger or more complicated burns. In order to keep everyone safe, all staff working on the burn wear protective equipment such as fire-resistant clothing, boots, hard hats, gloves, and protective eyewear. Trucks, UTVs, and ATVs are equipped with tanks of water to keep the fire line in check and prevent spot fires. While the entire process, from planning to implementing, can seem overwhelming, it is extremely important that all bases are covered when it comes to working with fire due to its sheer power. This ensures that not only is the team and the surrounding areas safe, but the management objectives are able to be met as well! 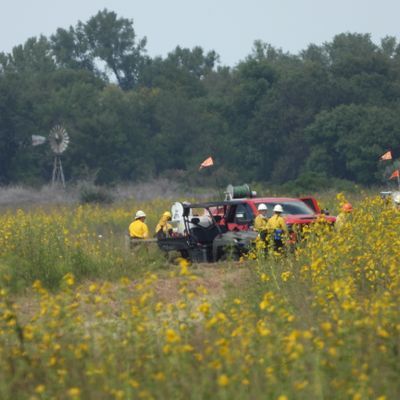 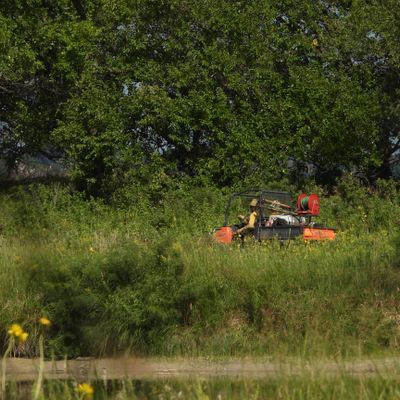 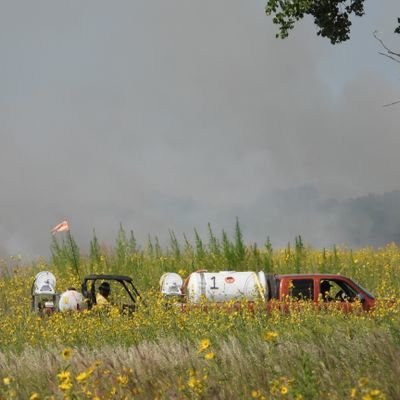 The Crane Trust has used prescribed burning since its establishment in the 1980’s. Most sites are burned rotationally every 5 – 7 years. These fires have not only reduced shrub encroachment, but they have also encouraged vegetation heterogeneity and nutrient recycling, specifically phosphorous, which is a required nutrient for vegetation growth. These prescribed burns usually taken place in the spring or fall. Naturally, summer would have most likely been the time of year when grasslands ignited due to lightening in the heat of the summer, but with this time of year being the busiest season for both the science and land management teams, summer burns are often more difficult to schedule due to the amount of time and resources needed. Thankfully, the Crane Trust, with some assistance from The Nature Conservancy, was able to burn about 60 acres this August. The objective of this burn was to set back woody vegetation and study how two invasive grass species, Quackgrass (Elymus repens) and Smooth Brome (Bromus inermis), would respond to fire at this time of year. After several hot hours of hard work, I am able to finally say that I helped the Crane Trust pull off their first summer burn in a very long time! 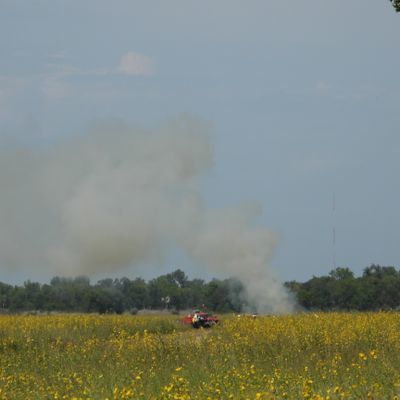 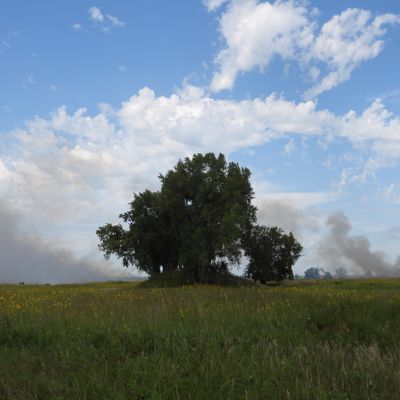 To learn more about the importance of fire and how the Crane Trust utilizes this management tool, visit this link: https://linktr.ee/cranetrustfire