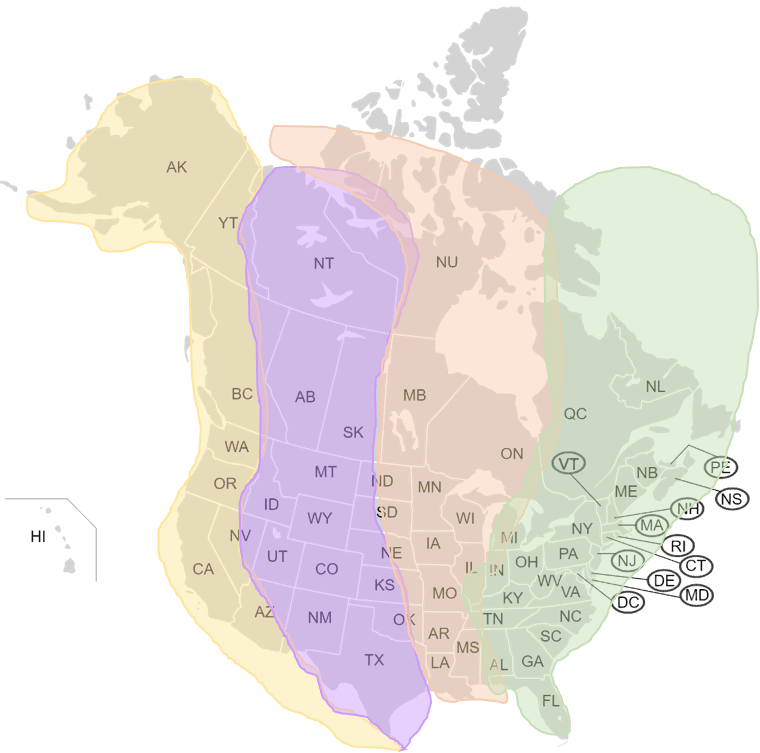 As you may have come to realize over the last few months reading my social media and blog posts, I am a bird nerd! And of course, the best possible time to be a bird nerd is…migration!

Many of you may already know that migration is the seasonal movement of species from one region to another, usually as a response to changes in temperature, food supply, or breeding needs. In North America there are four major avian migration routes, or ‘flyways’, that are typically taken: Pacific (yellow), Central (purple), Mississippi (orange), and Atlantic (green) (pictured left). Though these migration routes have been utilized by migratory species for thousands of years, continuous changes in weather, resources, and habitat destruction have had negative impacts on avian populations. For example, changes in temperature patterns effects where and when avian species nest, feed, and migrate.

This week I’m going to be talking about my favorite group of migrating birds, waterfowl! When most people hear the word ‘waterfowl’ they typically think about ducks, but waterfowl also consists of other species such as geese, swans, coots, and loons. Even the term ducks can be broken down into categories such as dabbling, diving, sea, or whistling ducks.

Waterfowl typically begin their fall migration around September, flying south, from their breeding grounds to their wintering grounds. Most waterfowl migrate to the Mississippi Alluvial Valley which expands from the top northeast corner of Arkansas to the coast of Louisiana. Throughout this migration, which can take up to 10 – 12 days depending on the species and weather conditions, waterfowl must find stopover sites that provide enough food and shelter to survive the rest of the migration. Finding these locations are especially vital due to some waterfowl traveling over 2,000 kilometers! Luckily for many waterfowl species in the Central Flyway, Nebraska is a nearly perfect halfway point.

Nebraska is unique for migratory waterfowl species because the state contains a variety of shallow water sources, rivers and adjacent wetlands, and copious amounts of cornfields that waterfowl utilize both during the fall and spring migration. One of these locations is known as the Rainwater Basin region (RWB). The Rainwater Basin encompasses parts of 21 counties in south-central Nebraska and stretches nearly 6,200 square miles (pictured below in blue). Historically this area contained more than 200,000 acres of wetlands. However, only 17% of the original wetland acres remain due to an increase of agriculture and urban development. Regardless of this loss, over 10 million geese and ducks still make their way through central Nebraska. Of this 10 million, 90% of the mid-continent snow goose population, almost 50% of the mid-continent mallard population, and roughly 30% of the continent’s northern pintail population has been noted to use the Rainwater Basin as a stopover site. 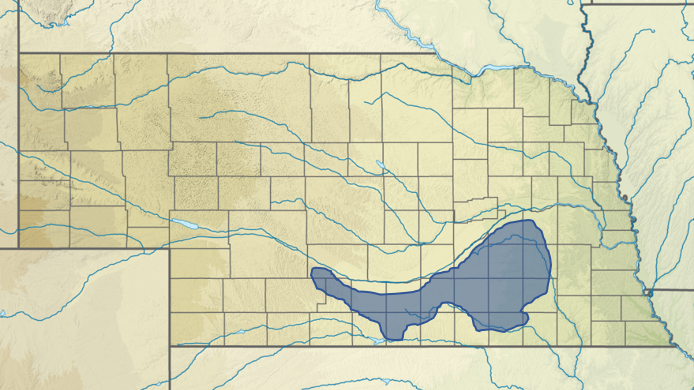 In order to help preserve and maintain this important ecosystem for migratory species, the Crane Trust partnered with the Rainwater Basin Joint Venture. This partnership, which includes many private, federal, state, and non-profit organizations, provides habitat conservation for millions of migratory waterfowl, shorebirds, and other wildlife throughout the Rainwater Basin.

For the Crane Trust, protecting and maintaining ecosystems for migratory bird species is quite literally in their mission statement. Through purchasing and managing land in and along the central Platte River, the Crane Trust improves riverine, wetland, and grassland habitat vital to migratory species. This improvement is accomplished by means of disking river channels (Disking the Platte River), removing invasive weeds, or clearing overgrowth by fire and/or grazing regimes. Though these management actions, the Crane Trust provides heterogeneity on the landscape, which can support a wider diversity of migratory bird species. These management decisions are based upon a known body of waterfowl management research and adapted by extensive and localized research curated by the science team via the long-term biological research program.

Every day for the last three weeks I have checked a pond on Crane Trust property and been gleefully greeted with new arrivals. While the Crane Trust has documented many waterfowl species over the last few years, pictured below are just some of the species I have been honored to see! Though it is hard to choose favorites, the four male Hooded Mergansers, which has been my most sought-after species, took the prize! 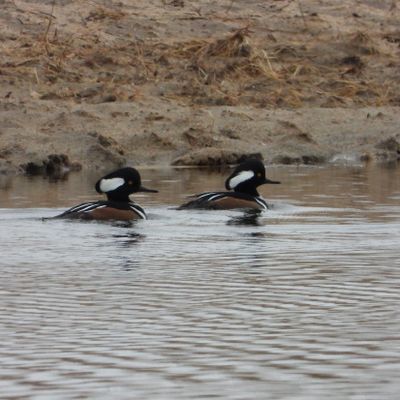 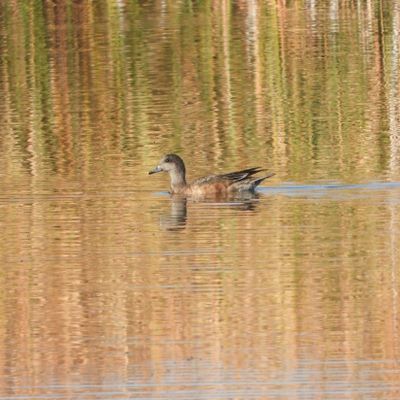 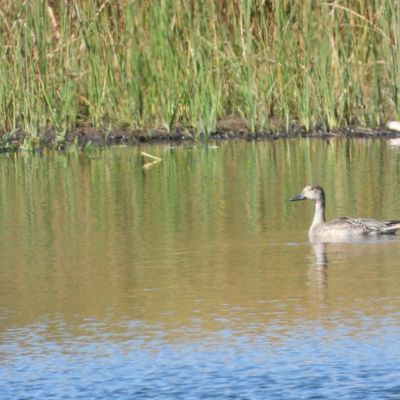 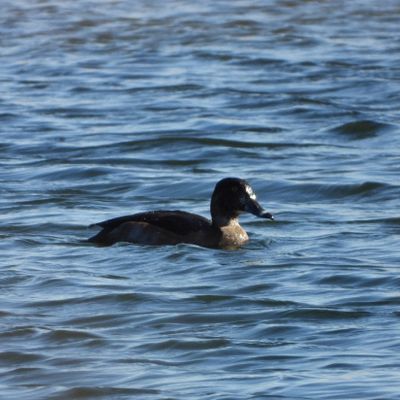 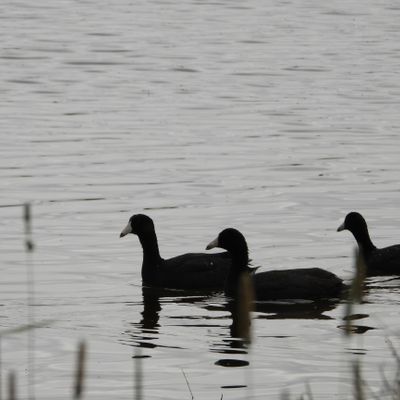 If you enjoy birding or want to start, I recommend keeping your eyes to the skies (or ponds!) from September through November for fall migration and February through April for spring migration. This will provide the best opportunity to see both common and rare waterfowl species that travel through Nebraska!

To learn more about the diversity of waterfowl that visit Nebraska, how to identify them, and how the Crane Trust is helping maintain Nebraska’s Rainwater Basins for migratory species, visit this link: https://linktr.ee/cranetrustwaterfowl