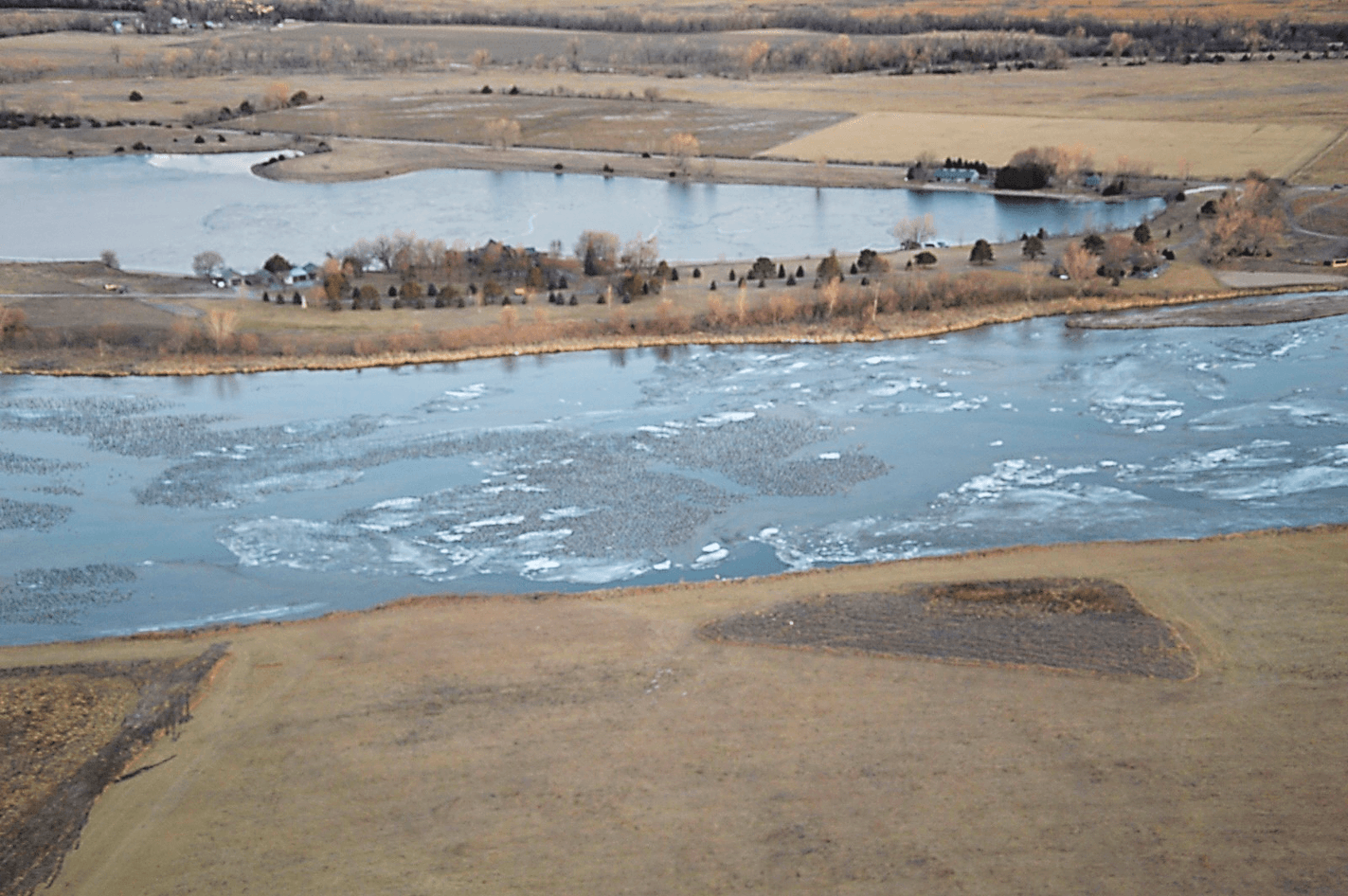 On 23 February 2022 we counted an estimated 57,850±7,300 Sandhill Cranes in the Central Platte River Valley (CPRV) between Chapman and Overton, Nebraska, during our second survey of the year. Cranes were primarily distributed in the eastern third of the study area. We also counted 19,700 dark geese, 8 Trumpeter Swans, and 39 Bald Eagles. Crane abundance indices suggested a 110% increase over week one estimates conducted on 14 February. On 1 March we conducted the third aerial survey of the 2022 spring migration and counted an estimated 67,300±10,300 Sandhill Cranes in the CPRV, which only represented a 16% increase over survey week two. However, cranes were more evenly distributed throughout the CPRV during week three. The majority still roosted in survey segment three between Grand Island and Alda, Nebraska. However, Sandhill Cranes were also scattered throughout segments six to eight between Shelton and Kearney, Nebraska. In spite of the modest increase in Sandhill Crane numbers, we noted a big uptick in dark geese abundance over the last week. We detected a total of 57,900 dark geese on 1 March, which represented a 194% increase over the previous week’s estimate. The recent cold snap may have slowed the pace of crane migration to some degree. Dark geese movements are highly sensitive to changes in weather and environmental conditions during the non-breeding season, whereas cranes are comparatively patterned in their spring migratory movements. Therefore, it is likely the geese reacted a bit more quickly to recent increases in temperatures. In short, the recent influx of dark geese suggests that large numbers of cranes are likely not far behind. Conditions should remain good for crane migration into the CPRV from the southern Great Plains over the next few days, particularly on March 3rd & 4th (Thursday and Friday).