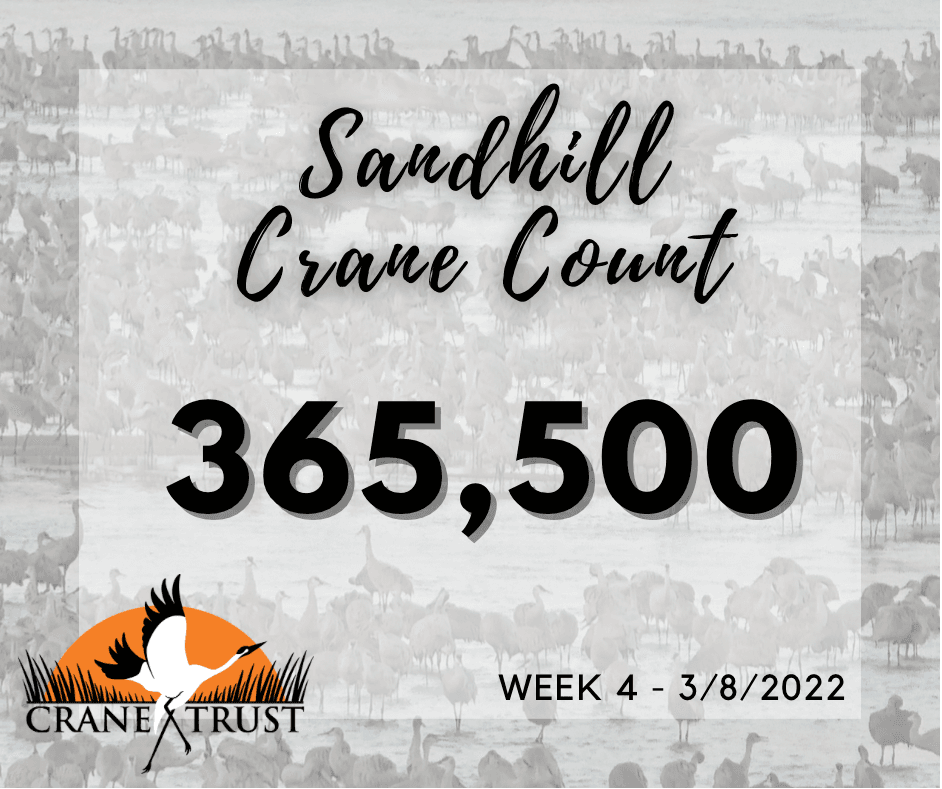 On March 8th we counted an estimated 365,500±29,500 Sandhill Cranes in the Central Platte River Valley between Chapman and Overton, Nebraska. Sandhill Cranes were relatively abundant from Chapman to Kearney, Nebraska, with the highest densities in survey segments two and three between HWY 34 south of Phillips and HWY 40c south of Alda, Nebraska. Our survey results suggest about a 440% increase in Sandhill Crane abundance over last week’s index. Weather conditions were good for migration over much of last week, and it appeared that new Sandhill Cranes arrived even on days when conditions were not ideal for migration per our ground observations last week. Essentially, it seemed there were a lot of Sandhill Cranes that wanted to reach the Platte River, which may be related to continued drought over much of the southern Great Plains impacting conditions at wintering areas and southerly stopover sites. However, the pace of migration may slow for the next few days as a cold front is expected to come in this evening and last through Friday, March 11th. However, conditions look warm with favorable winds for migration on several days from Saturday, March 12th through Thursday, March 17th per long-term forecasts. 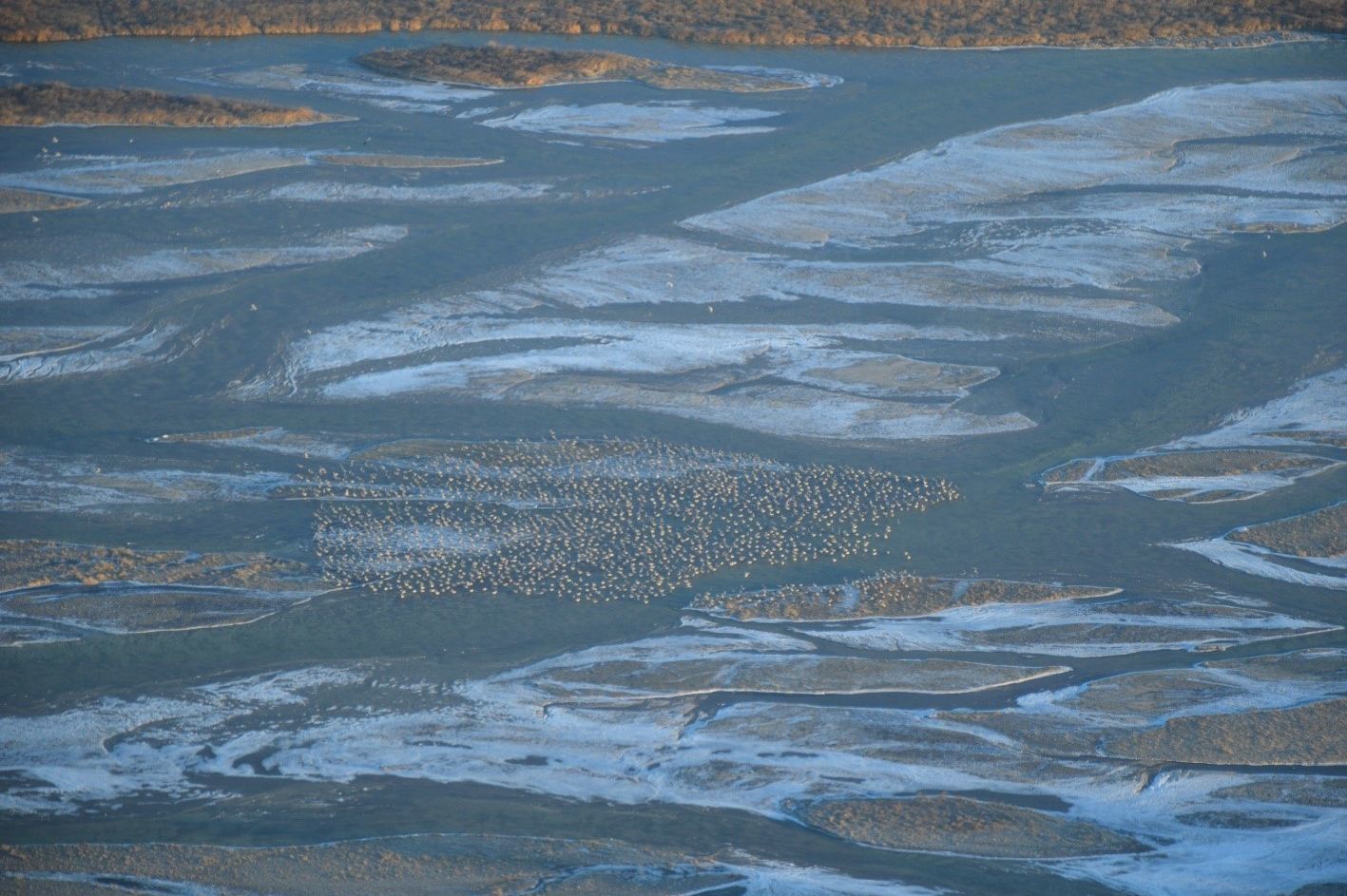