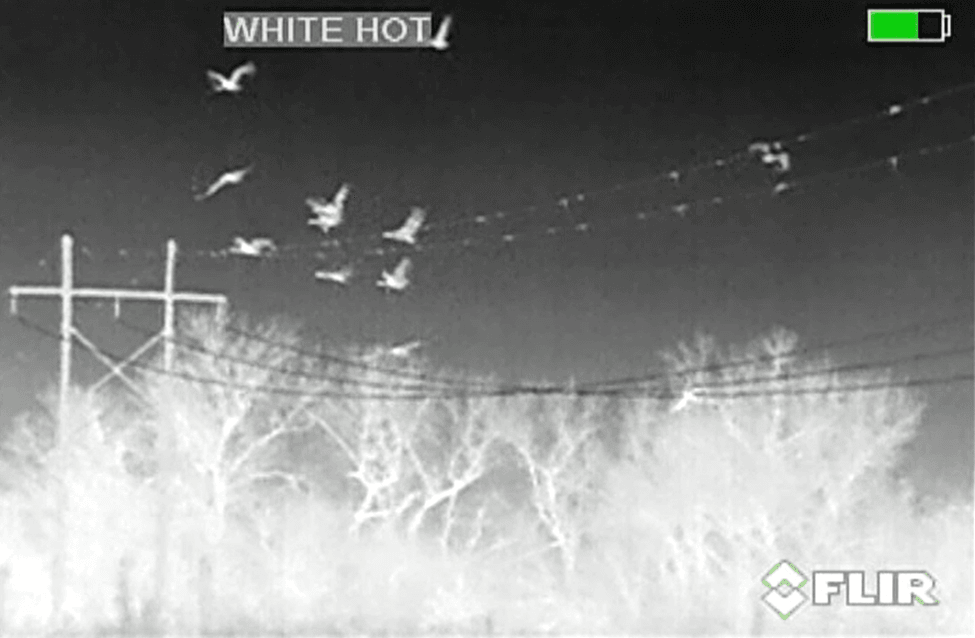 Numerous species of birds are known to collide with power lines causing millions of deaths worldwide. Every year, nearly 1 million Sandhill cranes and millions of other large-bodied birds migrate through central Nebraska and many of these birds use the Platte River valley as a migratory stopover site. Along the central Platte River, power line collisions have been identified as a threat to numerous species of large-bodied birds including Sandhill cranes, the endangered whooping cranes, pelicans, Canada geese, and snow geese. At Rowe Sanctuary, which supports one of the highest densities of Sandhill cranes in the central Platte River valley, attempts to reduce deaths from such collisions have included placing glow-in-the-dark power line markers on the wires to increase their visibility. Unfortunately, hundreds of collisions and deaths still occur because most collisions occur at night when these power line markers are least visible to birds.

Click this published article and news article for more information on this exciting research that the Crane Trust was a part of during the spring of 2021!