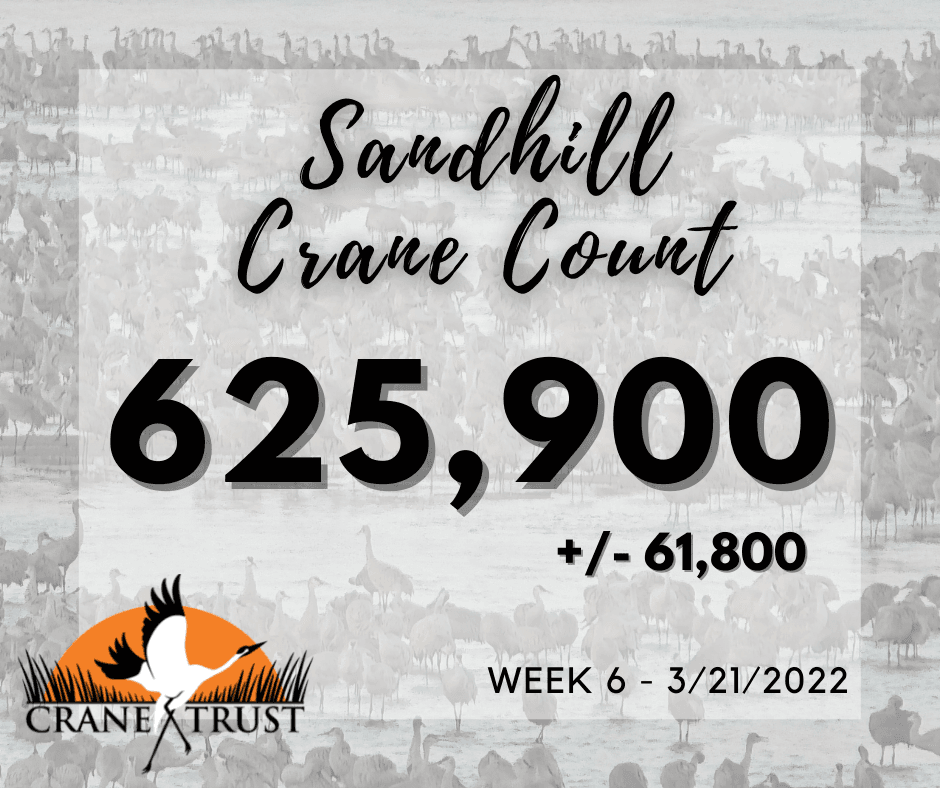 On 21 March 2022 we counted an estimated 625,900±61,800 Sandhill Cranes in the Central Platte River Valley (CPRV) between Chapman and Overton, Nebraska. Cranes were predominantly east of Kearney, Nebraska, with the highest densities between Phillips and Wood River as well as Shelton and Minden, Nebraska. These likely represent peak numbers for the year. As noted in our research, our method is a systematic undercount as we do not count all the river reaches where Sandhill Cranes could be and we generally detect groups only within 3 km (~2 mi) of the main channel of the Platte River (Caven et al. 2020). Our count of 626,000 may prove to be a more substantial underestimate than usual considering that cranes leaving the river to feed are flying a significant distance south of the river [or north of the interstate] to fields with substantial amounts of waste grain remaining. Sandhill Crane numbers may continue to increase in the western portion of the survey area, but some eastern sections already show signs of slight decline locally. However, numbers should stay high through the weekend as winds do not look truly favorable for migration until this coming Sunday (3-27-22). 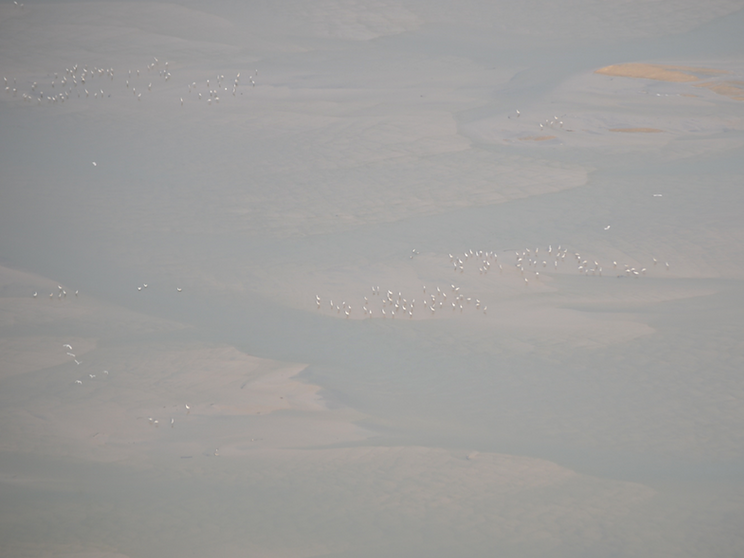