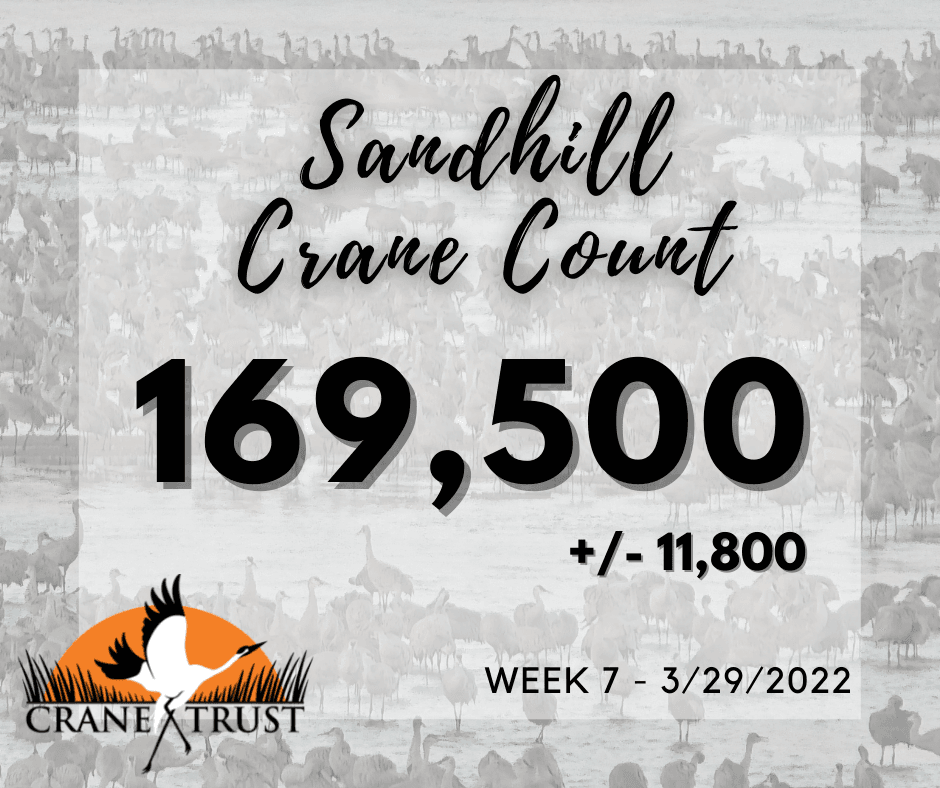 On 29 March 2022 we counted an estimated 169,500±11,800 Sandhill Cranes in the Central Platte River Valley (CPRV) between Chapman and Overton, Nebraska. This represents a 73% decline from last week’s peak estimate of 625,900±61,800 for the 2022 spring migration. A number of birds departed early in the week with excellent conditions for migration, particularly mid-day on 28 March 2022. Birds decreased most markedly in the eastern portion of the survey area between Chapman and Alda, NE. Eighty-six percent of the Sandhill Cranes remaining in the CPRV were present west of Alda but east of Kearney, NE. The highest densities remained between Shelton and Minden, NE, which hosted nearly 60% of the remaining Sandhill Cranes. We will have 2-3 more surveys this year depending on overall abundance. Instead of posting an aerial shot, as usual, I am including one of my favorite morning blind photos from this migration, which was taken the morning before many of these birds departed the channels near the Crane Trust on 28 March to continue their northerly migration. 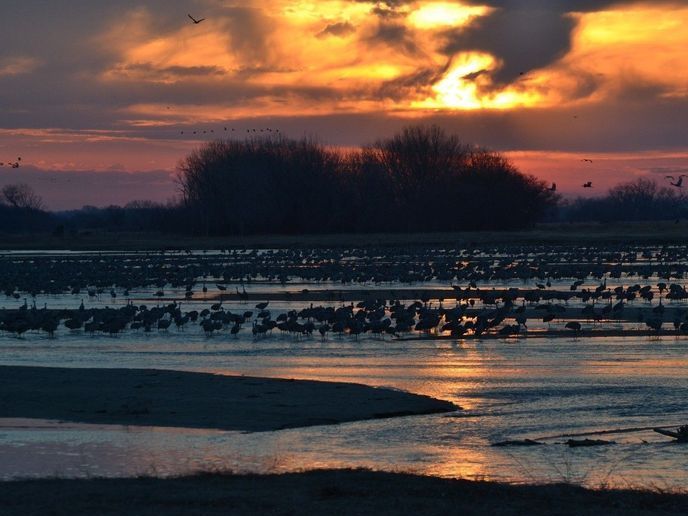