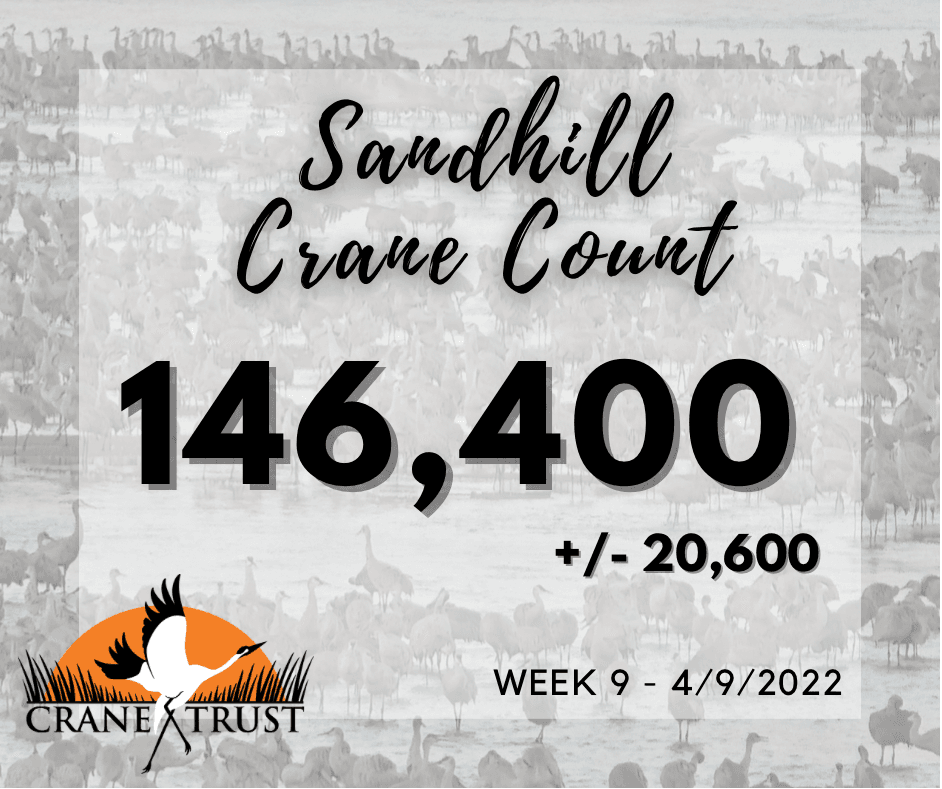 On Saturday 9 April 2022 we counted an estimated 146,400±20,600 Sandhill Cranes in the Central Platte River Valley (CPRV) during our week-9 aerial survey from Overton to Chapman, Nebraska. We did not complete our week-8 survey as a result of high winds and technical difficulties. However, we do not appear to have missed any important changes in abundance as Sandhill Crane numbers are statistically similar to results from our last survey on 29 March (169,500±11,800). Abundance may be down slightly from that time but the confidence intervals surrounding the two abundance estimates overlap. Sandhill Crane numbers were quite low east of Alda as well as west of Elm Creek, Nebraska. Nonetheless, densities remained pretty high near Rowe Sanctuary where we detected >72,000 Sandhill Cranes between Minden and Gibbon, Nebraska. We have had relatively robust numbers of Sandhill Cranes in the CPRV for an extended period of time during the 2022 spring migration (i.e., >50,000 since at least 23 February). It is possible that strong north winds over the past week or more have held significant numbers of cranes in the CPRV a bit longer than their typical ~3-week spring staging period. However, today offers excellent conditions for northward migration so abundance could drop off quickly in the coming days. We will be conducting our final aerial survey of the 2022 spring migration near the end of the coming week (~14 or 15 April) and will offer a public report in the following days if we notice anything noteworthy. This aerial survey program will be under new leadership next spring. In case this is my final public post on the matter I wanted to say many thanks for your support of the Crane Trust’s long-term research program including our aerial survey efforts. Nebraska has an outstanding conservation community that I have greatly appreciated the opportunity to be a part of over the last 8 spring migrations. Though I may be leaving my current position with the Crane Trust, I plan to stay involved in conservation efforts in the Great Plains and in the Platte River Valley.

For the cranes and the rivers and meadows they call home 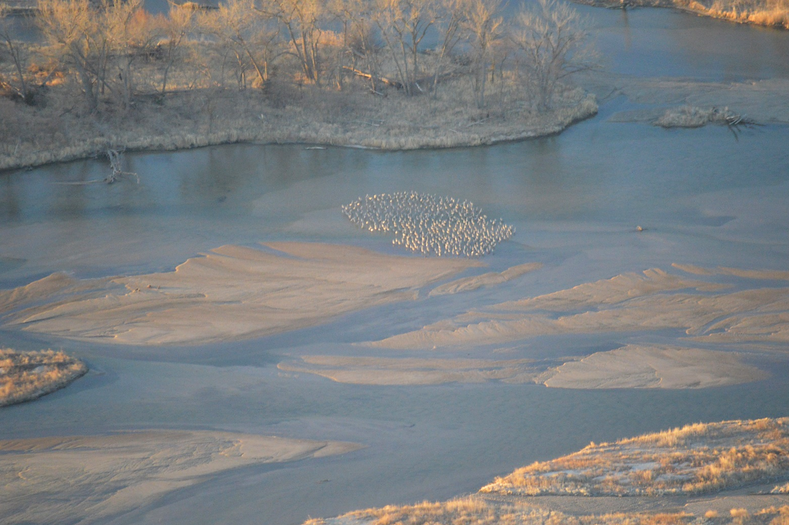