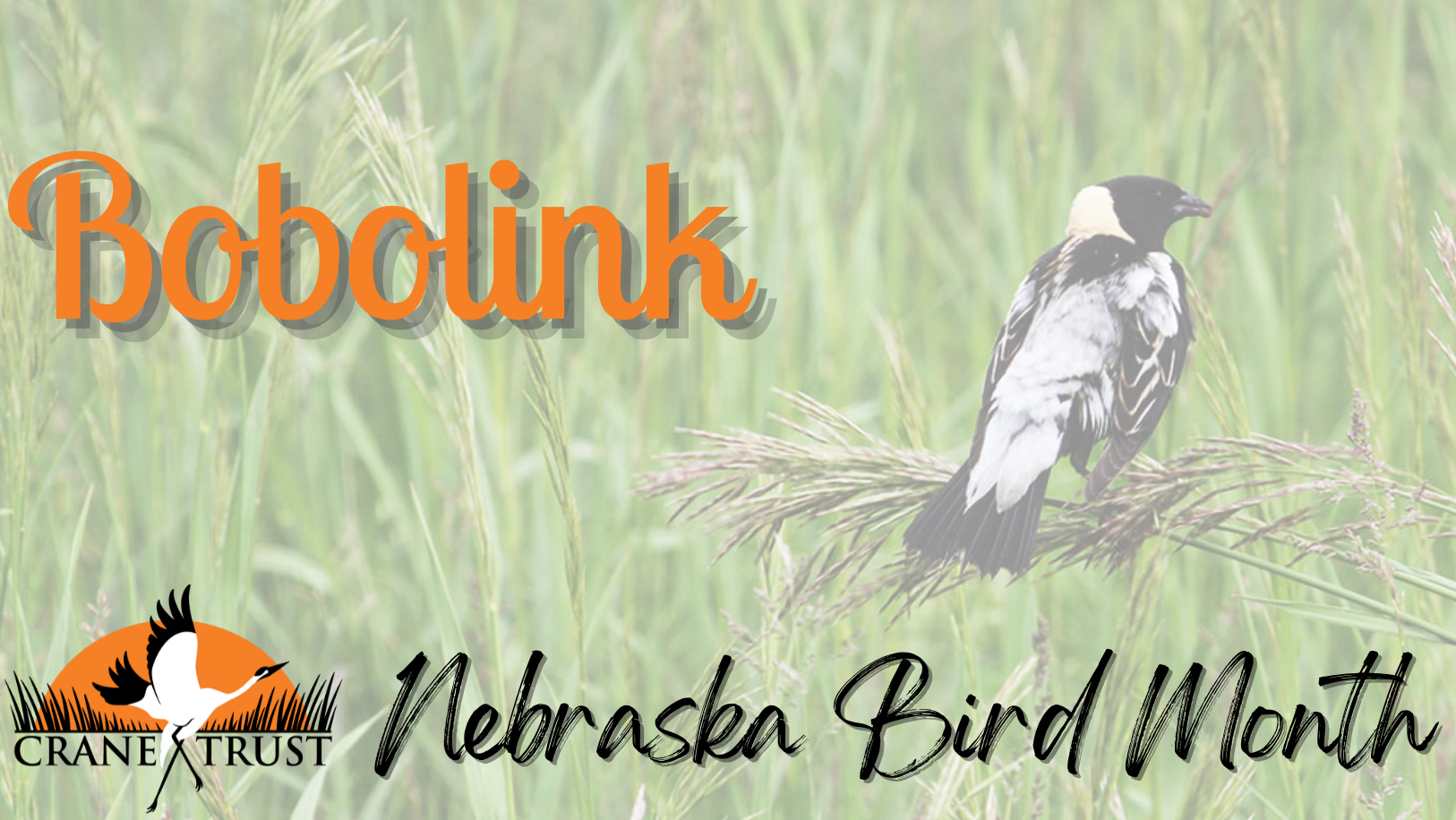 Food: During the breeding season, Bobolinks eat weed seeds, insect larvae, adult insects, spiders, and other arachnids. Bobolinks increasingly depend on rice and sorghum fields for forage on their wintering grounds.

Behavior: Males perform floating flight displays consisting of a series of alternating fast wing beats and short glides while circling over their territories.

Conservation: Much of the Bobolink breeding habitat has been drained and converted to row crop agriculture during the 20th century in Nebraska and throughout the Great Plains. These breeding habitat losses have contributed to population declines of 59% since 1970.

Fun Fact: Their song is reminiscent of a melodic R2-D2 vocalization (fictional Star Wars robot), consisting of a rapid flurry of notes.