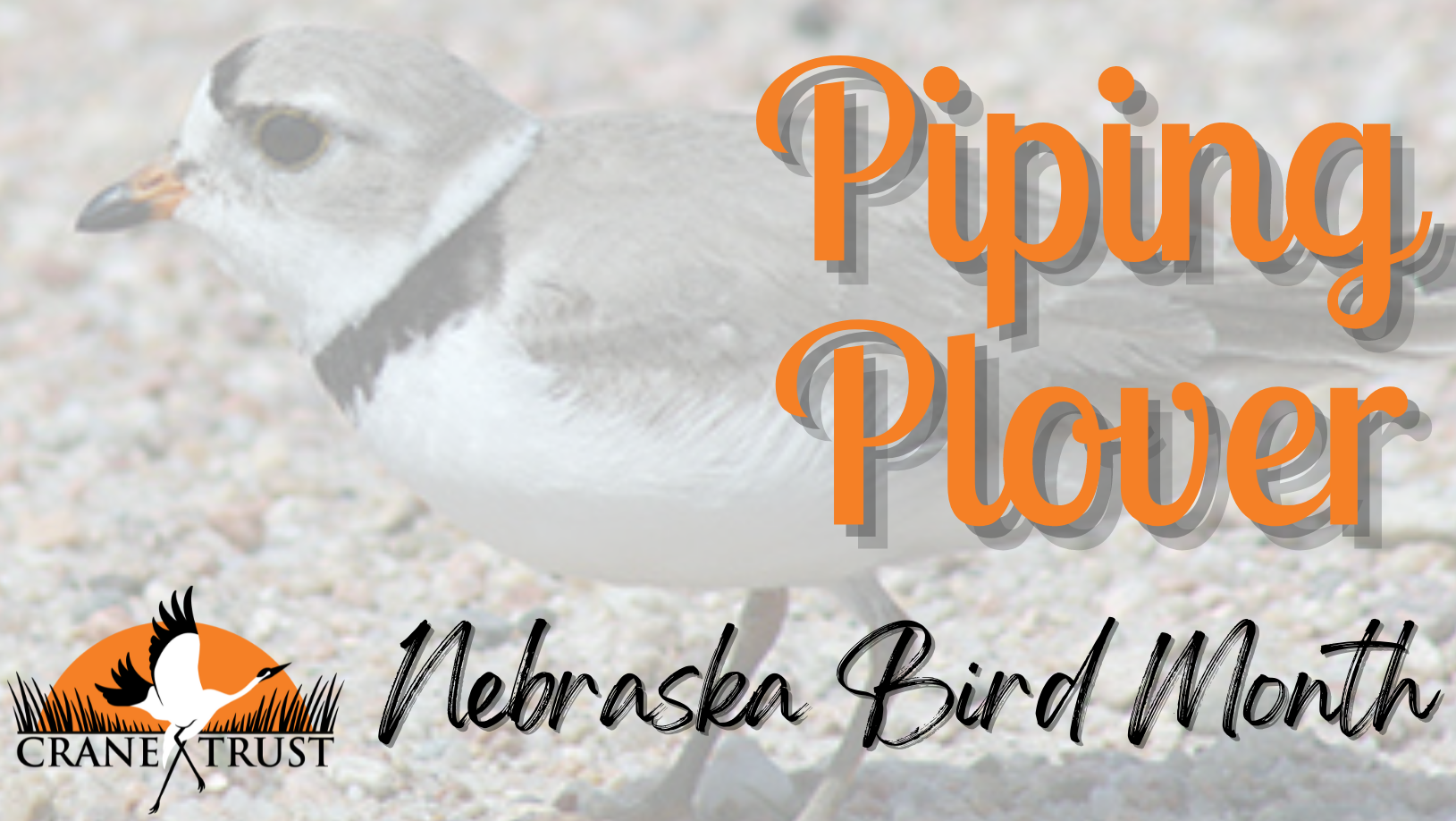 Habitat: Piping plovers winter in the Gulf of Mexico and the Atlantic Coast and migrate to the Great Plains region to nest and raise their young. Piping plovers require sandy, beach-like surfaces mostly free of vegetation for viable nesting.

Nesting: Piping plovers arrive on their Nebraska breeding grounds in early May, where they scrape nests in sandbars and gravel beaches and line them with small pebbles or rocks. The female lays three to four eggs, which are incubated by both parents.

Behavior: Piping Plovers run quickly along the beach stopping frequently to pull or pick an invertebrate from the sand. Although they are quick on their feet they don't run around as much as other shorebirds. When they are not foraging, they spend their time away from the water's edge where they blend in with the sand.

Conservation: The piping plover was listed as a threatened species in 1986. A major factor in population declines for this bird is the loss of suitable nesting habitat. The Crane Trust collaborates with the U.S. Geological Survey and the Platte River Recovery Implementation Program, with support from the Central Platte Natural Resources District to band and monitor piping plovers nesting at the Crane Trust.

Fun Fact: When potential predators are nearby, adult piping plovers will often perform a broken wing display to draw attention to themselves and away from their chicks.