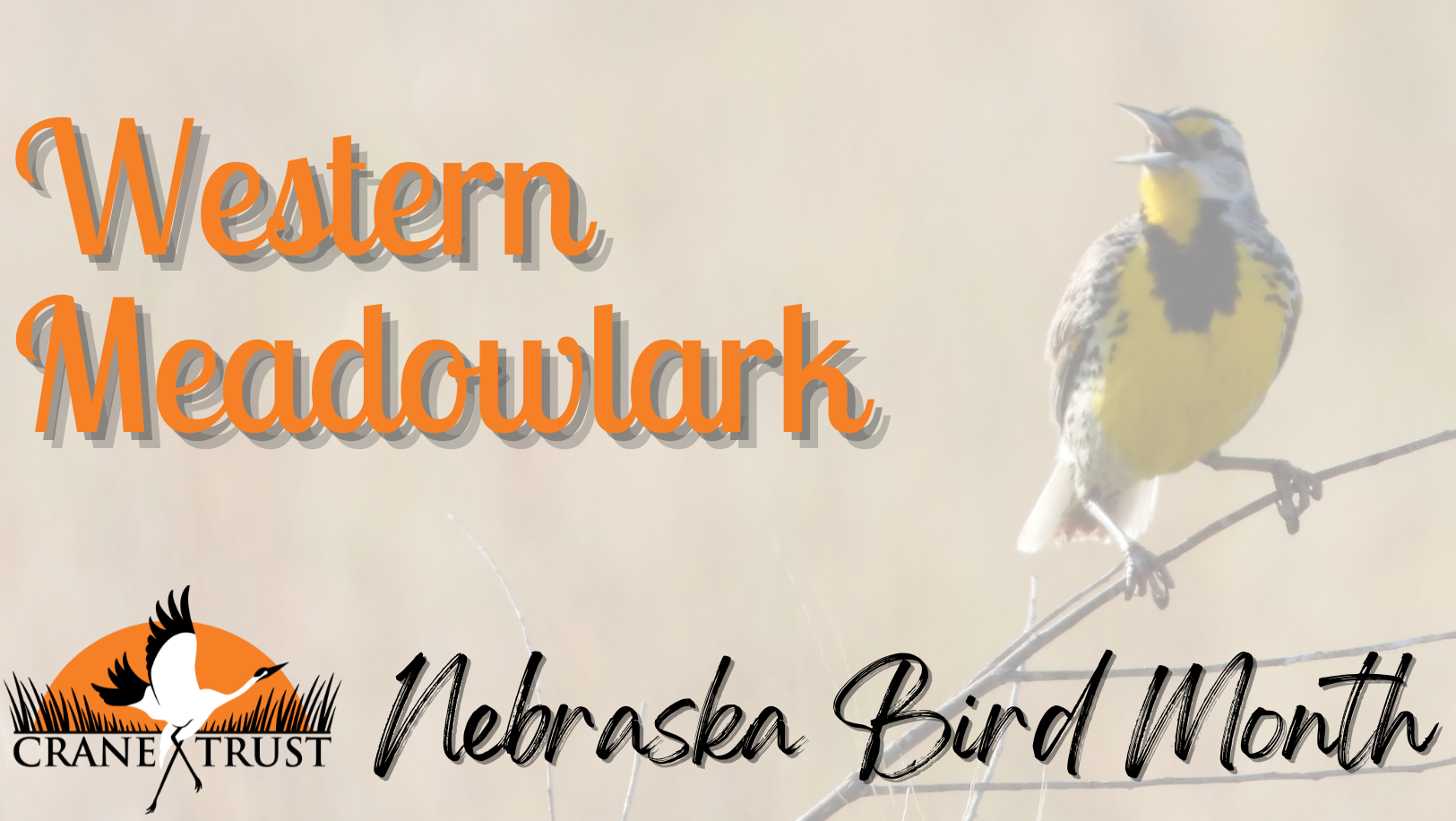 Habitat: Western Meadowlarks prefer open spaces of native grasslands and agricultural fields for spring and summer breeding and winter foraging. They prefer low to medium-height grasses over tall fields. They can also be found along weedy verges of roads and marsh edges.

Food: Western Meadowlarks have been documented eating both grain and weed seeds as well as insects.

Nesting: Female Western Meadowlarks will choose a nest spot on the ground in pasture, prairie or other grassland habitat. The female will seek out a small dip in the ground, such as a cow footprint, often shielded by dense vegetation so the nest can be easily disguised.

Behavior: Western Meadowlarks forage alone or in small, loose flocks. When flying, Western Meadowlarks will glide low while flapping in a short, stiff, quail-like pattern. During spring, males will sing from atop bushes, power lines, or fence posts.

Conservation: Although Western Meadowlarks are numerous, their breeding populations declined over 1% per year between 1966 and 2015, resulting in a cumulative decline of 48%, according to the North American Breeding Bird Survey.

Fun Fact: Unfortunately, Western Meadowlarks are extremely sensitive to humans when nesting and will abandon a nest if they are disturbed while incubating their eggs.