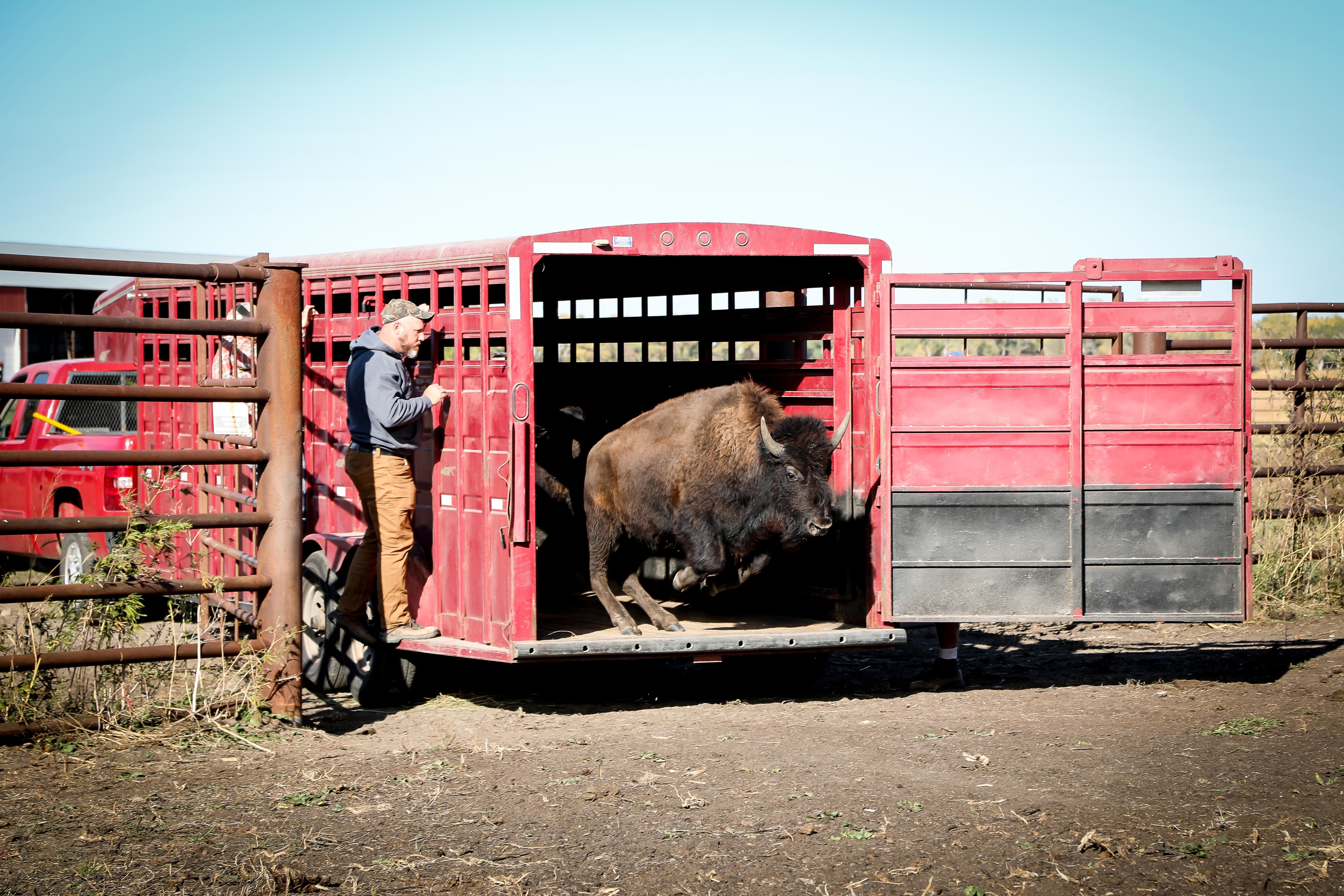 Last week the Crane Trust welcomed four new bison bulls from Fort Niobrara National Wildlife Refuge near Valentine, Nebraska. The young bulls were donated by the refuge and the U.S. Fish and Wildlife Service as part of a federal program, focused on donating surplus bison that exceed the ecological carrying capacity. This program supports conservation of the species as native North American wildlife and to assist in the restoration of bison herds on conservation and tribal lands.

We brought these bison to help increase the genetic diversity in our herd. Eradication efforts and overhunting led to a rapid decline in bison in the mid to late 1800’s. Only a few hundred bison remained in scattered herds throughout North America. These bison would become the founding bison herds in the most well-known national preserves and parks today. Herds found in places like Yellowstone and Fort Niobrara are the genetic basis for the bison that live today. These herds all grew over time, however they remained geographically isolated resulting in a drastic bottleneck of their genetic diversity. The U.S. Fish and Wildlife Service and others now recognize the loss of genetic diversity as a conservation challenge for the species. In 2020, they adopted a program looking to reintroduce these unique genetic lineages to help ensure the resiliency of the species.

This program provided a unique opportunity to bring younger bulls into the breeding pool of our herd. Genetic diversity translates into resilience because genes harbor a species’ capacity to adapt and respond to change. Certain genetic combinations may make individuals less susceptible to disease, while others may provide beneficial adaptations for a changing climate or reduced environmental conditions. With this knowledge, the Crane Trust looks to track and evaluate gains in their genetic diversity using genetic lineage and genetic uniqueness to make better bison breeding and management decisions. Our genetic monitoring results demonstrate that Fort Niobrara was represented by only 4% of the total genetic diversity of our breeding bison population. These bulls will go through a 2-3 week quarantine procedure where their health will be monitored and to get them familiar with their new home before we release them into the general population.