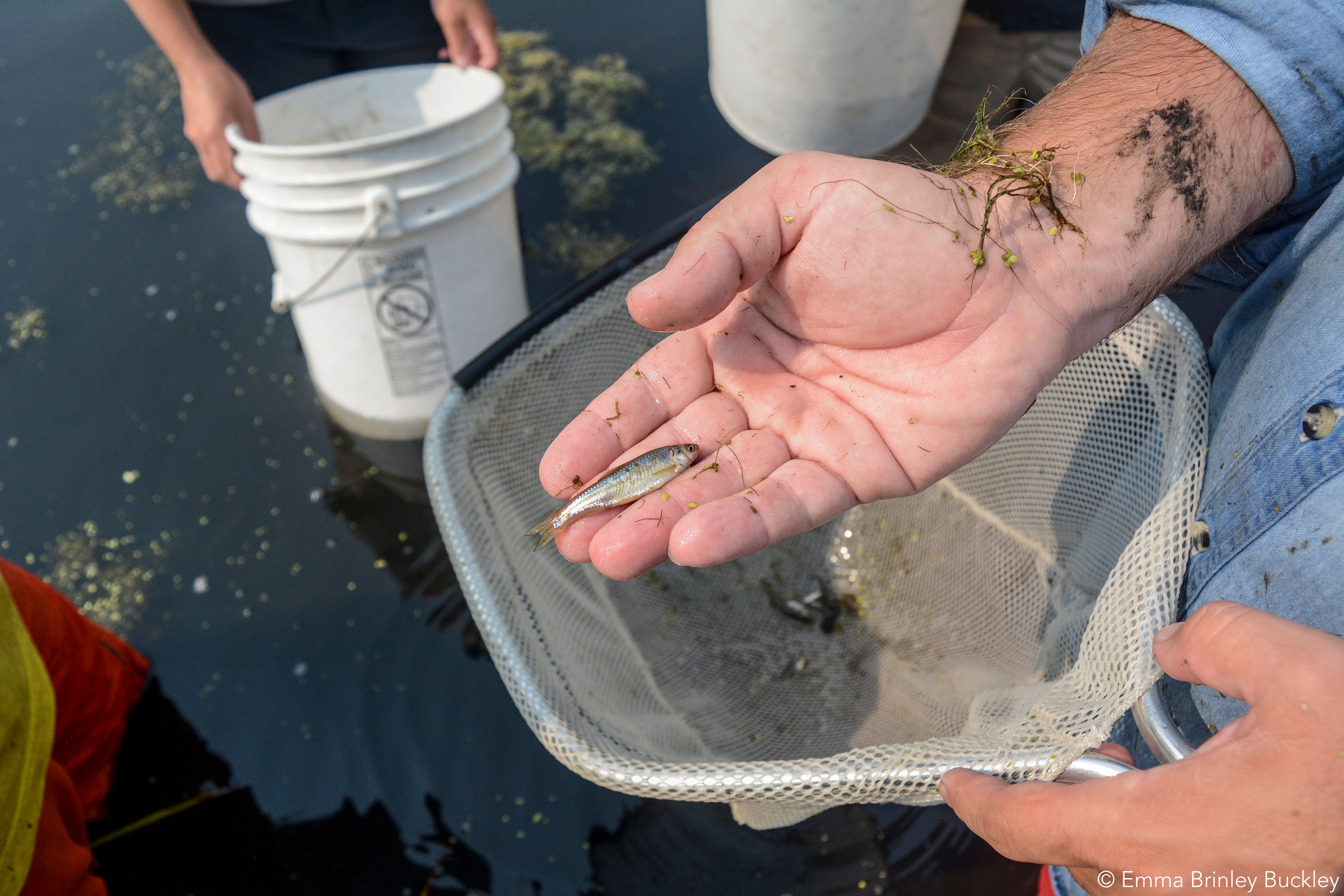 This year’s theme for World Wildlife Day is “Life Below Water”. To celebrate, we want to shed some light on the diversity, threats, and conservation research of submerged aquatic life in meadow sloughs and the Platte River. The Platte River is home to over 40 native fish species including the channel catfish, brassy and silvery minnow, bigmouth shiner, creek chub, and shiner species. The assemblage of fish species in meadow sloughs tends to be different than in the adjacent river and can include native species such as brook stickleback, green sunfish, johnny darter, and plains topminnow.  These waterways are also filled with other wildlife as well including amphibians, mollusks, and invertebrates, such as the Platte River caddisfly, a new species that was first discovered in a meadow slough the Crane Trust. Aquatic life along the Platte River provides a variety of services including nutrient cycling, insect control, and of course as offer important foraging sources for other species, including Whooping Cranes and Least Terns, that use this area throughout the year.

These species have adapted to survive the natural seasonal fluctuations in water availability along the Platte, but now face many of the same anthropic pressures that threaten the rest of the native biodiversity. Damming along the Platte River has dramatically altered seasonality and decreased the availability of water moving down river. As a result, woody species have encroached on the river banks and sandbars within river have stabilized and fragmented this iconic braided river. Due to their close proximity to the groundwater table, availability of water in Platte meadow sloughs is reduced as groundwater levels drop from irrigating commercial crops. As water regimes change and availability decreases, aquatic wildlife can become trapped in shallow pools or disconnected channels or be exposed to higher water temperatures which can result in large losses in fish and water-dependent invertebrates. Invasive species are also a major threat to aquatic life in the Platte River Valley. The invasion of common carp in the Platte River and western mosquito fish in the meadow sloughs threaten our native diversity as they are able to outcompete native species for resources like food.

We currently monitor our sloughs every summer to help us understand the dynamics of native slough fish and invasive mosquito fish populations. Fish in the sloughs are collected using a sein net, identified to species, and then tallied to get an estimate of fish presence and abundance in the sloughs. The goal of our fish seining efforts is to evaluate the ratio of native fish to mosquito fish. If our data shows that the ratio of mosquito fish to native fish is increasing, then we are aware that a management action will need to be taken to remove the invaders and help reduce the competition with native fish species. The past several years have seen stable ratios in our sloughs; however, we will continue to monitor them to ensure we don’t lose our amazing aquatic native species.